Kelly Brook has dumped her boyfriend David McIntosh after just six weeks of dating because she believed he was using her for fame. 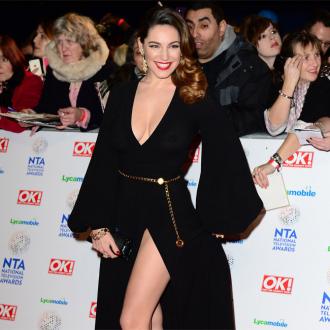 Kelly Brook has reportedly split from her boyfriend.

The 34-year-old star has been inseparable from David McIntosh - who appeared as Tornado on the UK TV game show 'Gladiators' in 2008 - recently, but she's reportedly dumped him after just six weeks of dating because she believed he was only with her for the fame.

A source told The Sun newspaper: ''Kelly got tired of the relationship and David trying to hog the limelight.

''She realised he was enjoying the fame a bit too much and wasn't as serious about her as she thought. Kelly decided it was better to end things now than carry on.''

The busty brunette deleted all the photographs of them together from her Instagram account last night (17.02.14) but, so far, the former Royal Marines commando has kept the loved-up snaps on his page.

Kelly and David, 27, struck up a romance last month after meeting each other at a New Year's Eve party at her bar, the Steam and Rye, in London, and the pair have since been showing off their new relationship at a number of star-studded events.

It is believed the hunky Iraq war veteran is Kelly's first boyfriend since she ended her seven-month relationship with Danny Cipriani, whom she had been in an on/off relationship with since 2008, last August after he allegedly cheated on her.