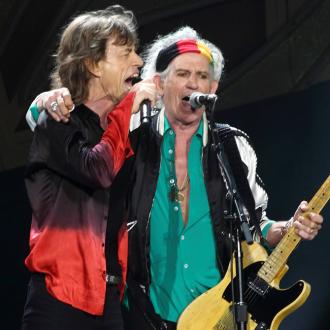 The 72-year-old Rolling Stones band member has had a tumultuous relationship with his 73-year-old band member over the five-decade spanning career, but despite their previous feuds they have learnt to ''forgive and forget'' the past and get on better than ever since making their new album 'Blue & Lonesome'.

Richard told Rolling Stone magazine: ''I love the man. That doesn't mean I can't get p****d off occasionally, and I have no doubt it goes the other way around. But you have to forgive and forget, and also I would say that 89 percent of the time we're in total agreement. But people only hear about the 11 percent, you know, where it flares up.''

And the guitarist believes their longstanding rock groups fall outs would make their music and life ''fairly bland''.

He added: ''What would the Stones be without it? If you had the perfect machine and everybody in total agreement, you'd probably be fairly bland  ...  It's amazing we're both alive. I celebrate Mick's life. He's always five months older than me!''

And Richard has credited Jagger's 25th studio LP as his ''best record'' to date.

He said: ''This is the best record Mick Jagger has ever made.''