Is there trouble in Fashion Police? The E! show has just lost another host in Kathy Griffin, who announced that she's quitting after just seven episodes this week. Griffin dropped the news on Thursday, explaining that her "style does not fit with the creative direction of the show." 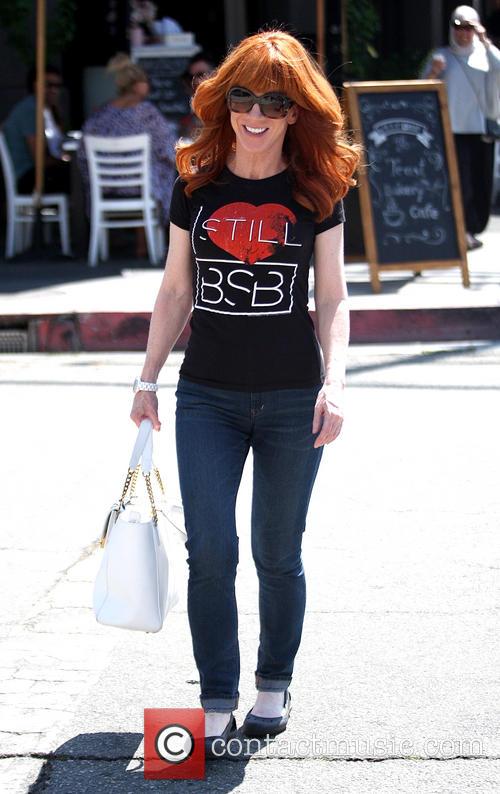 Kathy Griffin is all about positivity - was that why she clashed with Fashion Police?

It's the second exit from Fashion Police, after E! staple Kelly Osbourne announced her own departure just two weeks ago. In fact, Osbourne voiced her full support for her former co-star, on Thursday, tweeting: "I could not be more proud of you. You have my love and support always."

Osbourne herself left to "pursue other opportunities."

Of course, there is still hope for Fashion Police, with Giuliana Rancic and Brad Goreski staying behind as co-hosts. And there is always Melissa Rivers, who remains the show's executive producer. With this kind of creative direction, we shouldn't expect a massive change in the show's tone  or content.

Following Griffin's announcement, others have also spoken up in support.

Lena Dunham wrote on Twitter: "Congrats to my beautiful friend Kathy Griffin for bravely saying enough is enough to intolerance of all kinds on television. She's modeling a better way for the youths (and working those ears.)"

Jane Lynch posted a screen cap of Griffin's resignation (which includes badass statements like "I do not want to contribute to a culture of unattainable perfectionism and intolerance towards difference,") and added her own praise.

"My brave and courageous friend @kathygriffin You're one classy dame. Onward and upward," Lynch wrote.