Justin Verlander: My relationship with Kate Upton is very normal 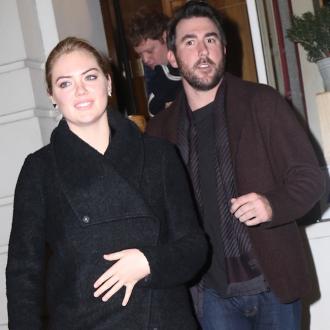 The 32-year-old professional baseball player and Kate, who started dating in early 2012, were among the victims of the photo-hacking scandal, dubbed 'The Fappening', last year and Justin's confessed the invasion of their privacy was tough to deal with.

He shared: ''Obviously it was tough. I still don't talk about what happened.''

Justin explained that he and his 23-year-old girlfriend supported each other through the troublesome period, proving they're no different from most couples.

He told Forbes magazine: ''I grinded through it ... Kate's there a lot for me. And we're just normal people. You know, normal relationship - believe it or not.''

Despite being among the world's best-paid models, Kate - whose private photographs were leaked on the internet as part of the photo hack - recently confessed to having insecurities about her curvaceous figure.

Asked if she's ever been body-shy, the 'Other Woman' star said: ''I always am! Well I am and I'm not at the same time. Every person has insecurities.

''But this is the body I was given, I appreciate it and I try to take care of it every day as best as I can, but I always enjoy my life. So I'm not going to let my insecurities stop me from enjoying life.''