Jurassic World: Dominion will be a 'new era'

Frank Marshall has revealed that 'Jurassic World: Dominion' will be the ''start of a new era''. 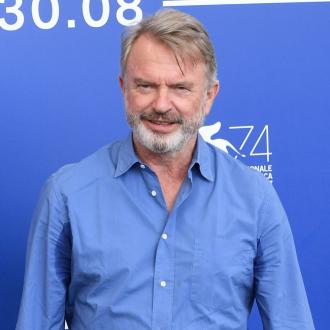 'Jurassic World: Dominion' will mark the ''start of a new era''.

The Colin Trevorrow-directed movie is slated for release in 2021 and producer Frank Marshall has insisted it isn't being planned as the conclusion of the franchise.

Asked about the upcoming movie - which stars Bryce Dallas Howard, Chris Pratt and Sam Neill - Marshall told Collider: ''It's the start of a new era.''

The producer also revealed how he sees the money-spinning film franchise extending into the future.

He explained: ''The dinosaurs are now on the mainland amongst us, and they will be for quite some time, I hope.''

Meanwhile, Sam recently revealed he is already looking forward to getting back on the set of 'Jurassic World: Dominion'.

The veteran actor is set to reprise his role as Dr. Alan Grant in the latest film in the dinosaur franchise, although production is currently on hold due to the coronavirus outbreak.

Reflecting on the impact of the current lockdown, Sam explained: ''Suddenly, here we are. We have been cryogenically frozen, and 'Jurassic World: Dominion' is on hold. Insects in amber. And like virtually every other actor in the world right now, I'm not working. Dammit.

''But we will return. We will. And what joy it will be to be back on a set, doing what I love best, with just the kind of people I love: other actors and all the remarkable people it takes to make a movie. That rare privilege.''