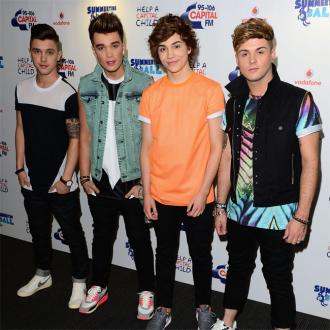 Union J singer Josh Cuthbert has admitted that he once had sex "on a tree". In a recent interview, the 22-year-old boasted of his sexual encounters, admitting that he enjoys sexual interactions outdoors and in unusual places. When quizzed as to the strangest place he had had sex, Cuthbert responded with: ''In a car. No, on a tree.''

The Union J member also revealed that he once ended a relationship with a girlfriend when he discovered that he was more attracted to her mother. He gave the news rather matter-of-factly, stating: ''I once started fancying my ex-girlfriend's mum more than her.''  But it's not all fun and games for the 'Beautiful Life' singer, as he claims that he is usually the "dumpee".

Related: 'Our Story: Union J 100% Official' Is Not On Our Reading List

In an interview with Heat Magazine, he explained that ''When I was at school, I came back from a weekend in Paris and my girlfriend was going out with my best friend. She didn't even tell me when I got back.'' He finally expressed the features that turn him off, saying: ''I hate when someone has something in their teeth. I find that really awkward, because you don't know whether you should tell them or not.''