Ahead of the imminent release of his latest album, 'Nitely', Jonny Wildey talks about his "Psychedelic Soul"

When Brighton based musician Jonny Wildey is not creating sounds under the nom de plume of Alphabets Heaven he's embracing "a more traditional form of songwriting" and "committed to exploring his love of 70s music." Wildey's recent focus, which has also been influenced by artists he's seen whilst recording at the Total Refreshment Centre, has resulted in his new, soulful album - Nitely. Jonny's upcoming release, due out on 15th October 2021 via WotNot Music, has been three years in the making and features contributions from an array of artists including Emma Gatrill, Danalogue and Marcus Hamblett. Before the launch of his latest album, and before he gets chance to play to a live audience again, Contact Music caught up with him to find out a little more. 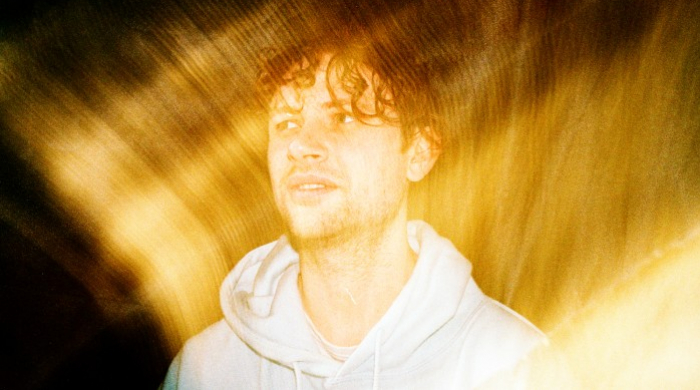 Fun music. I really want my music to sound like a good time.  But if I had to give it a genre I’d go for UK Psychedelic Soul. If The Neptunes listened to a bunch of Steve Miller and Rotary Connection and decided to really dive in.

The biggest challenge is that I’m terrible at the music industry. It’s been a harsh lesson to learn but I now know being good at making music does not mean you are good at the music business. It’s a confusing world full of defensive corporate entities, heartless tech companies looking for disruption, and a whole bunch of incredibly talented passionate people who often don’t get the recognition and support they deserve.

However I’m very lucky to be part of a few communities that I love and trust, and watching them navigate the world is always inspiring.

I think there’s a lot of different ways someone can make a name for themselves, but a lot of the time it’s really defined by the totality of a person. How they interact with the world, how they treat others, what films they watched when they were 5 etc. I think people can get an impression of that very quickly, and it comes through in the art.

So, very difficult. Not only does it require you to dedicate and sacrifice a lot to hold yourself up to others as openly as you can, it also requires others to care. Which you have limited control over. But hopefully you’ll enjoy the journey whatever happens.

For me, that’s the point. There’s many other, easier, avenues in life where you can be creative in the service of someone else. I think if you’re making music you need commit 100% to what you’re making at the time and be proud of it. That doesn’t necessarily mean that I want every decision to be mine, just that I know I did the best I could.

“Everything" is both the most truthful and contrived answer, so I’ll try and give some specific examples.

I’ve been reading James Baldwin recently. Other than the characters, which I think are timeless, I really love how he describes these really subtle interactions between people that are incredibly meaningful, and can change entire lives. I actually don’t know if it comes through in the music but that kind of silent intensity of the world is a big inspiration.

Also, animation. I think having to essentially create an entire universe from scratch leads to so much personality and style in the art. Particularly the smaller works that are often just made by one person. e.g.

Vince Staples. I think I could contribute a lot to someone with a really strong visual and lyrical vision. Plus, have you heard FM? Perfect.

I don’t know what’s random and funny about myself, it all makes sense to me. So I’ll offer some useful info. If you’re young, don’t have loads of money, and [If] you’re trying to get into gigs, just turn up 4 hours early with an instrument looking stressed. No one will talk to you and you’ll skip the ID check.

Hopefully not spending most of my life in my flat. Hopefully being able to play some music to people, and being able to go to clubs and venues. And hopefully collaborating with some great people. I know what I want my next project to be, and I’m going to need a lot of help to make it.

Nitely, my first vocal album, is out in October. I’m hoping we’ll be in a situation to start playing some of it live too.