John David Washington shocked by the scale of Tenet

John David Washington admits that he ''couldn't get over'' the amount of people on the set of Christopher Nolan's 'Tenet'. 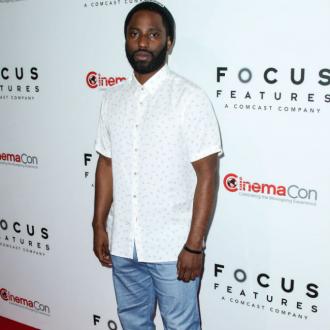 John David Washington was shocked by the scale of 'Tenet'.

The 35-year-old actor plays the 'Protagonist' in Christopher Nolan's new spy thriller and admits that he ''couldn't get over'' the amount of people that were on set during production of the movie.

John told Entertainment Weekly: ''I couldn't get over the scale of it all, how many background artists we had.

''It was extremely intense, so many moving pieces. Nolan on set, he just works at such pace and is so well organised. I mean, it was chaos when he yelled 'Action!' but getting it done, it felt very organised.''

The 'BlacKkKlansman' star also revealed that working on the film helped him overcome his fear of heights.

John explained: ''I loved every day of it.

''The only thing that was probably was tough for me were the heights at first but I ended up getting over that, in India. And that became a great accomplishment for me, because I'm not too comfortable with heights and I became better acquainted with heights after that experience.

''And then there's a scene - you can see it in the trailer - he looks like he's really been beat up. That was hard day too. That wasn't one of the more enjoyable days, I'll put it like that.''

The plot of 'Tenet' has been kept tightly under wraps and Washington's co-star Robert Pattinson recently admitted that he had ''the wrong take'' on his character in the flick.

The 34-year-old actor said: ''It's an incredibly complicated movie, like all of Chris's movies.

''I mean, you have to watch them when they're completely finished and edited three or four times to understand what the true meaning is.''