Even in a world where both creating and distributing art is at its easiest and most accessible, when it comes to the momentous occasion of saying "I'm an artist", it has different meanings for everyone. For someone like Joel Stewart, it wasn't until he finally released his first single System that he felt he could give himself that label. 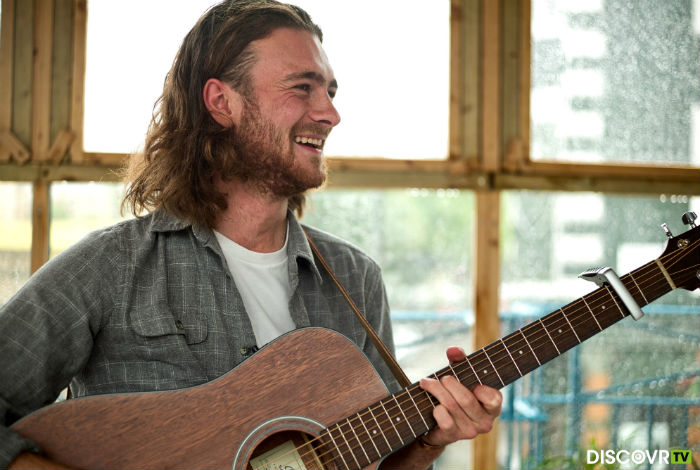 In our opinion, you're an artist whether you're just starting out or have been playing secretly in your bedroom for years, but this is a label that's met with hearty sighs and eye-rolls from cynics and critics all the time, so it's understandable that you would want to be in a place of "justification".

Joel Stewart is the son of folk musician, he's been playing guitar since he was 15-years-old, writing songs just a year into his playing and sharing them with the world since he was 20. It's safe to say that music runs in his veins.

"I have always been around music", he told Discovr.TV in an interview. "My dad is a folk musician so it was always encouraged and so I played a few instruments when I was young."

You'd think that being constantly surrounded by music would be enough to convince him that music was where his life was headed, but it wasn't until he was in university that he realised he wanted to follow in his father's footsteps and pursue it as a serious career option.

"I just started recording videos that I would upload to Facebook, and some demos I'd make in my room to Soundcloud", he says. "After uni I began gigging wherever I could across London and it then started to get a bit more serious and that's when it materialised into getting some tracks ready for official release.

"I think releasing the first single was the moment that made me feel confident to say I am an artist."

Inspired by the sounds of Justin Vernon (Bon Iver/Volcano Choir), Tallest Man On Earth, Dermot Kennedy, Elliott Smith and Rodriguez, Joel has been projecting his timeless folk aesthetic on to the world with the help of his good friend and producer Lauren Deakin Davies. He's already released the sun-soaked Non Believer, the rainy System, the brighter For the Very First Time, and the reflective Fever.

"My next single is called Back Up Team and it's set to be released on March 8th 2020", he reveals. "It has a really upbeat feel to it, but the song is about dealing with anxiety, specifically about how having people, or someone, around you who understands can be what helps the most."

Read the full interview with Joel Stewart on Discovr.TV.

Quickfire Q&A
Favorite TV show right now: Robson Green Extreme Fishing, don't ask, just watch.
Worst gig you've ever been to: One of my own in 2016, played to the sound guy and my guitar battery ran out 6 mins in.
One thing you'd love to learn: Italian.
Guilty pleasure movie: Mamma Mia, and I'm not guilty about it at all.
Celebrity crush: Julia Roberts in Notting Hill, everytime.