Jimmy Kimmel has admitted he's had to have two operations on his penis because his ''pee hole'' closed up. 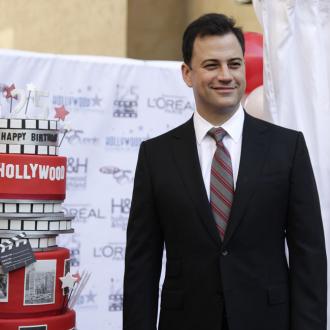 Jimmy Kimmel has had two operations on his penis.

The talk show host, 47 - who has children Katie, 23, Kevin, 21, and baby Jane, eight months - has admitted he was forced to go under the knife more than once because his ''pee hole'' closed up.

''The guy said, 'Your urethra's closing up and you need it operated on,' and they did. And then they said, 'Yeah, we didn't get it, it didn't quite work. We need to do it again.' And they did it again.''

However, the US comedian found it a painful process but will happily make light of the embarrassing situation.

Meanwhile, the funnyman has taken his talk show to Austin this week for the SXSW festival after doing the same last year and having a wonderful time and has admitted he'd quite happily ditch his home in Los Angeles for permanent residency in Texas.

He said previously: ''I really love being in Austin. I could easily be persuaded to move there. There are so many things I like about it, number one being the food.

''I just had a lot of fun that week last year and I don't typically have a tremendous amount of fun when I'm travelling (with) the show, because it is a lot more work.''