Jessie Reyez struggles to listen to her 'darker songs'

Jessie Reyez has admitted she struggles to listen to her songs about dark times because it brings back the pain she felt at the time. 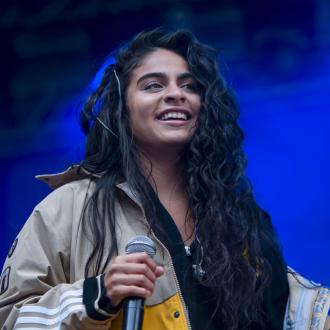 Jessie Reyez feels like she is ''digging'' her ''finger into a f***ing scab'' when she listens to her ''darker songs''.

The 'Dope' singer has admitted that it can be a painful experience listening back to her music, and one song she avoids putting on is 2017's 'Cotton Candy', because she still isn't ''healed'' from the experience that inspired the lyrics.

Asked if she found penning 'Love In The Dark' from her debut album, 'Before Love Came To Kill Us', like therapy to write, she told Coup De Main magazine: ''Not really. It's just for a second, of how I feel at the time, but when I listen back to music, it's nice when it's a song that's full of love, like how 'Love In The Dark' is full of love.

''But it's not that when it's darker songs.

''I can't listen to my song 'Cotton Candy' all the way through because when I do it's like I'm digging my finger into a f***ing scab that's not healed yet, so my heart just sinks.

The 28-year-old Beyonce-approved singer - whose biggest inspiration is the late Amy Winehouse - also admitted that the most challenging part of the healing process is not rubbing old wounds.

Jessie also admitted she had the wrong idea of what ''love'' is, and added that she feels it's important to put her health first instead of reminding herself of past heartbreak.

Asked what the hardest part of getting over hurting is, she shared: ''Not picking the scab. It's so hard. It's so hard not to pick the scab.

''So, for me personally, when I'm trying to heal, it's just hard not to pick my scab.

''If you know that you have a picture of somebody that you know is going to hurt you, why would you look at it?

''But sometimes it's hard for me not to look.

''I feel like maybe other people go through that too.

''But if you think that you want to see it, in reality, you just hold onto pain because it's the only thing of that person that you have left - but that's not doing you any good, just because you don't want to let go of the pain to let go of the person.

''So I think the hardest thing is understanding that you got to put your health as a priority, more than picking a scab just so that you can stay close to the time in your life that you might miss.''