Jeremy Renner insists he doesn't want to only do action movies now he has Appeared in 'The Bourne Legacy'. 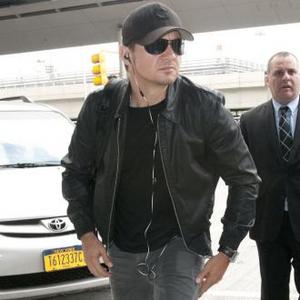 Jeremy Renner insists he doesn't want to only do action movies.

The 41-year-old actor says he ''couldn't say no'' to the lead role in 'The Bourne Legacy' but insists the movie won't be influencing all his future career choices.

He said: ''It just came my way. Amazing opportunities I couldn't say no to. Doesn't necessarily mean I want to keep doing action movies.''

Although 'The Bourne Legacy' is part of a franchise, the film introduces new characters and former lead Matt Damon, who played Jason Bourne, is not involved in the movie.

However, Jeremy insists film bosses did their best to ensure the film stayed true to the action series.

He told Australia's 'The Morning Show': ''I think the most important thing is what is similar. Everything we did was to please fans. We had to continue this with it being really plausible and really authentic. The conspiracy just got a little bit bigger.''

And the actor worked hard to ensure he was up to the standard of fitness required for the role.

''All the guys who trained me are now here [in Australia] filming 'Wolverine'.''