Jennifer Lawrence had another unfortunate fall at this year's Oscars.

Oh dear, poor Jennifer Lawrence sent gif makers running to their computers again this year as she took her, now annual, Oscar’s fall. Congratulations on those who had their money on 'right at the beginning' for when J-Law would take a tumble. 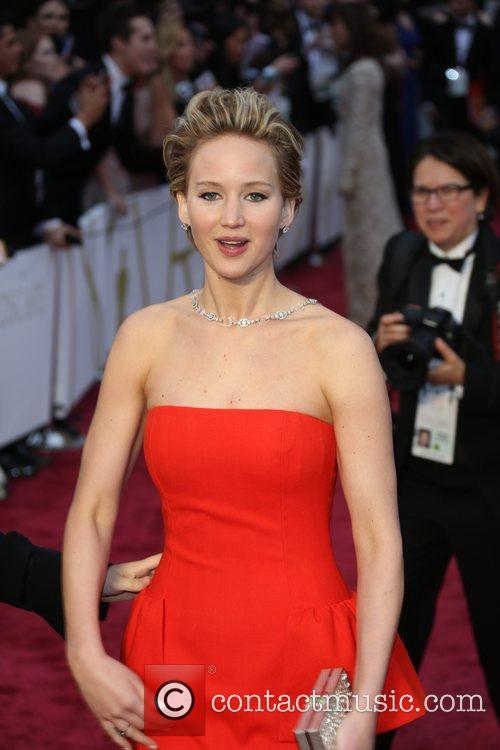 The ‘American Hustle’ actress tripped in her Dior gown after she exited her limousine when she arrived on Sunday night. Luckily her boyfriend, actor Nicholas Hoult, was on hand to help her up as well as a helmeted security guard. In a vain attempt to save herself the actress could be seen grabbing the back of her friend before she hits the ground.

Of course Jennifer laughed off the incident with her usual good humour. It seems a troublesome traffic cone was the cause of J-Laws fall, as she was distracted waving to fans and tripped over it. She later told a red carpet reporter ‘the cone hit me, I've cut my shin, how is my dress not dirty.’

The incident was later mocked by host Ellen Degeneres, who first recalled the actress’s famous fall on her way to collect her best actress award last year and then told the audience that Jen had suffered a trip yet again this year. The host also caused laughs when she told Jennifer, "if you win tonight, I think we should bring you the Oscar, we can do that, right?"

Jennifer might be now be officially Hollywood’s clumsiest actress. Her fall at last year’s ceremony when collecting her best actress award was one of the most memorable moments of the night. Picking herself up she began her acceptance speech with "You guys are only standing up because I fell and you feel bad. That was embarrassing."

This year Jennifer was nominated for best supporting actress for her role in ‘American Hustle’ She picked up the BAFTA last month for the performance but lost out on the Oscar to ’12 Years a Slave’s’ Lupita Nyong’o. 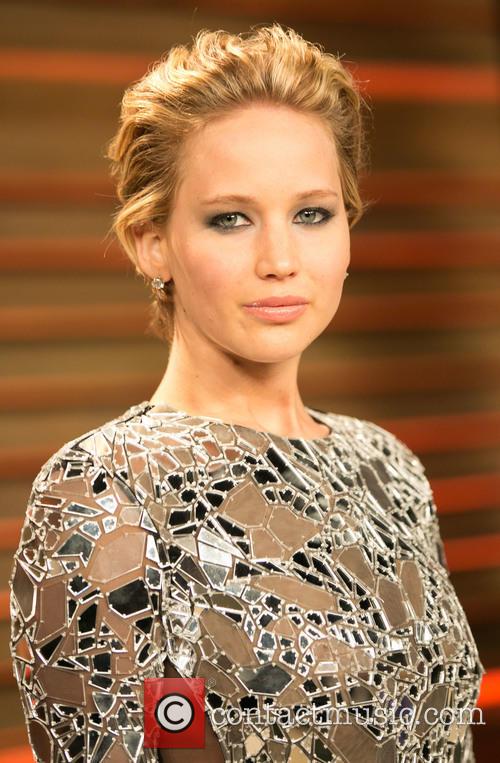 Later in the evening Jennifer changed into a much shorter and less hazardous embellished dress for the Vanity Fair post awards party. All smiles, the actress didn't seem too bothered about her fall or loosing out on her second Academy Award. We're not bothered either, afterall, Jennifer wouldn't be the same if she didn't have an embarassing moment.