The 61 year-old actor reportedly asked his love, who is thirty years his junior, to marry him while they were vacating in Hawaii on July 8th. 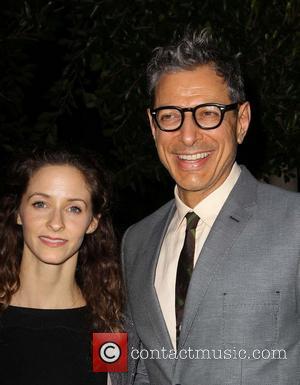 At 61 years-old, Jeff Goldbrum is giving marriage another shot.

The veteran actor recently proposed to his 31 year-old girlfriend, Emilie Livingston, while on a romantic getaway to Hawaii.

Livingston, who is an actress and gymnast, has been sharing moments from their vacation, as well as the exciting proposal news, on social media.

On Saturday (July 12th), she tweeted, "Jul 8 he proposed @ our fave #okstore. I was taken over by tears of joy n ecstasy! We picked the ring 2gether #inlove."

The post was accompanied by a cute picture of the happy couple embracing each other, only moments after she said 'yes.'

Later on in the same day, Livingston took a snap of her engagement ring and uploaded it onto Instagram, the caption read, "Celebrating our engagement! #haleakala #sunrise #jeffgoldblum #emilielivingston #soulmates #initforlife #love."

On Sunday (July 13th), she couldn't resist showing off her newly acquired piece of jewellery again and shared another snap of "The engagement ring!" up close, while Goldbrum's hand caresses hers.

Although there is a 30 year age gap between the pair, it seems Livingston does try and keep the 'Jurassic Park' actor young by making him do different activities.

When speaking to Broadway.com late last year, Goldbrum said, "I'm happy as a clam with her. I feel lucky, lucky, lucky."

This will be the third marriage for the 'Independence Day,' he first tied the knot to Patricia Gaul in 1980 before divorcing six years later. Goldbrum then walked down the aisle with Geena Davis, until they separated three years later in 1990.