Jane Hawking admits to being 'astounded' by Felicity Jones

Jane Hawking - the ex-wife of theoretical physicist Stephen - admits she was ''astounded'' by Felicity Jones' portrayal of her in 'The Theory of Everything'. 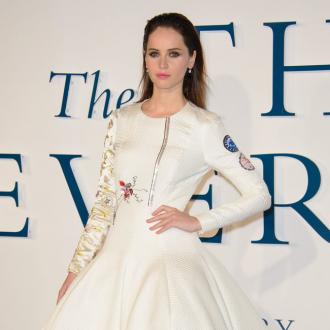 Jane Hawking was ''astounded'' by Felicity Jones' portrayal of her in 'The Theory of Everything'.

The 31-year-old actress starred as Professor Stephen Hawking's on-screen wife alongside Eddie Redmayne, and Jane - who was married to the theoretical physicist from 1965 until 1995 - admits to being stunned by her performance.

She reflected: ''When they were filming, she came to dinner several times and we talked and we talked. I thought, 'What is she going to make of me?'

''But she is a method actress and when I saw her on screen in those first shots when she arrives at the party I was just astounded. I thought, 'She's stolen my personality!' because she had my mannerisms, she had my speech patterns. It was a very weird experience.''

The film is based on Jane's memoir, 'Travelling to Infinity: My Life With Stephen', and she's thrilled with the adaptation.

Jane told the Guardian newspaper: ''They made a beautiful film and I had to reconcile myself to the compromises that one has to make for the film industry. Stephen's colleagues all became one character called Brian who is always there as his companion. Sadly, I didn't seem to have any friends or relations at all.''