Jamie Clayton has been cast as 'Pinhead' in the new take on 'Hellraiser' that is set to be released in 2022. 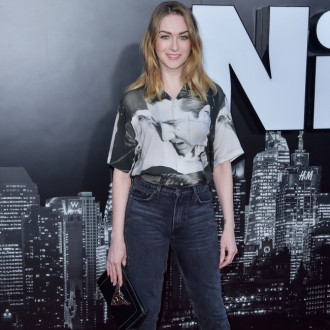 Jamie Clayton will star as Pinhead in the 'Hellraiser' reboot.

The 43-year-old actress has been cast in the Spyglass reimagining of the 1980s horror classic which has been described as a "loyal, yet evolved" take on the 1987 movie based on Clive Barker's novel 'The Hellbound Heart'.

Barker expanded the story into a film that he wrote and directed about a puzzle box that opens a getaway to a world run by Cenobites – mutilated beings dedicated to torture and led by Pinhead.

The character's unique prickly headed look became central to the horror franchise that has spawned 11 films, comic books and merchandise.

Barker is also involved in the new project – which will debut on the streaming service Hulu next year – as a producer with Phantom Four's David S. Goyer and Keith Levine.

David Bruckner is directing from a screenplay by Ben Collins and Luke Piotrowski, with a story by Goyer.

Barker praised the upcoming movie and believes it will "revolutionise" 'Hellraiser' "for a new generation".

He said: "Having seen some of the designs from David Bruckner's new 'Hellraiser' film, they pay homage to what the first film created, but then to take it to places it's never been before.

"This is a 'Hellraiser' on a scale that I simply didn't expect. David and his team are steeped in the story's mythology, but what excites me is their desire to honour the original even as they revolutionise it for a new generation."