Supergroup The Jaded Hearts Club want to highlight the ''greatest lost songs ever written'' with their upcoming album. 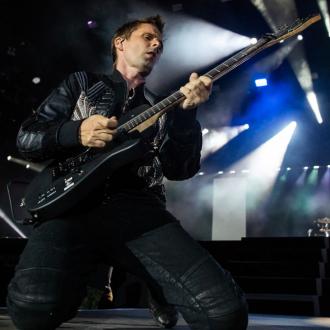 The band - which includes Muse's Matt Bellamy, Blur's Graham Coxon, Miles Kane, Jet's Nic Cester, Jamie Davis, and Sean Payne of The Zutons - have performed infrequently since forming in 2007 and are now making an album of Northern Soul classics.

Matt said: ''We listened to hours and hours of songs from the Northern Soul/Motown period to choose the right 10 for an album.

''This perfectly sums up what we are trying to do as The Jaded Hearts Club -- to shed light on some of the greatest lost songs ever written.''

While it's not known when the band will release the album, they've shared a new single, their take on Marvin Gaye's 'This Love Starved Heart of Mine (It's Killing Me)' and Nic - who is on vocals for the track - admitted it was a challenge.

He said: ''Learning to sing a song like this and giving it the respect it deserves meant really studying it with microscopic detail and then trying to forget it all again

''The ease at which Marvin navigates his way through all the phrasing is so unbelievably effortless - I loved looking at the work of someone that talented. You really recognise and appreciate the soul of the man.''

Jamie added: ''As soon as I heard 'This Love Starved Heart Of Mine' I knew Nic Cester from Jet is one of the few people who could actually sing it.

''Nic's vocal has that gut-wrenching on-pitch scream and raw charisma that provide the driving power needed. The track is like a runaway train -- big, brassy, brash... a soul classic.''

Last month, Miles took lead vocals on the group's take on The Isley Brothers' 'Nobody But Me'.