Jade Thrilwall: Little Mix are always fighting to prove ourselves

Little Mix singer Jade Thirlwall believes that the band are constantly having to prove themselves and fight against girl group stereotypes. 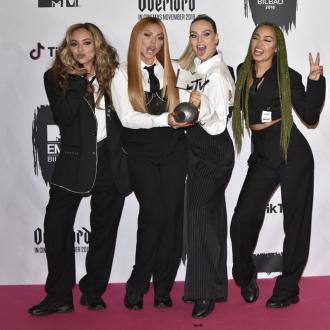 Little Mix are constantly trying to prove their talent, according to Jade Thirlwall.

The 27-year-old singer and fellow band members Leigh-Anne Pinnock, Perrie Edwards and Jesy Nelson have enjoyed huge success since winning 'The X Factor' in 2011 but Jade feels as though the foursome always have to fight against stereotypes that they are just ''pretty'' girls and not serious musicians.

She said: ''When you're in a girl band, you might be deemed not pretty enough, but when you are pretty enough, you're just seen as a puppet, just a pretty girl band member, so then you have to prove that you're talented as well.

''But then you're trying to prove why you're just as credible as any male artist. It's a never-ending cycle of being the dark horse. Yes, we can write music; yes, we can actually sing; yes, we're businesswomen; yes, we are in control of our brand. We're constantly having to prove to people every day why we deserve our success.''

Jade insists the strong bond that the girls all share has helped them deal with the pressures of fame and avoid the pitfalls that so many groups fall into.

She told The I newspaper: ''We're all from working class backgrounds, and this completely changed our life.

''We knew the way to get through it was to do it together. I think that's the main reason we're still around now, not letting anyone else get in our heads or separate us or create a rivalry. We've grown into women together.''

The 'Touch' hitmakers are launching their own BBC One show 'Little Mix: The Search' this Saturday (26.10.20).