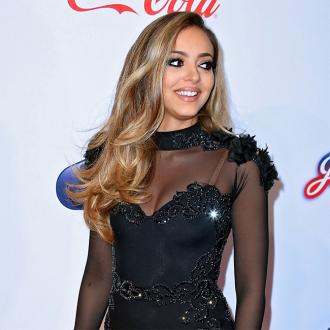 The girl group - made up of Jade, Leigh-Anne Pinnock, Jesy Nelson and Perrie Edwards - recently released their single 'Break Up Song,' and the 27-year-old singer has teased that their upcoming album has an ''80s vibe'' as it's full of unashamed pop songs.

Speaking on the Ash London LIVE Hit Network radio show, she said: ''It's been a hot minute since we've had any sort of new music, and this whole campaign has been like - you're getting an 80s vibe. Who knew Leigh-Anne Pinnock could pull off a mullet so well?

''I feel like we're getting poptastic in this new era, which I love. I'm a massive pop fan, I feel like there's this big surge coming through again of good old pop music.''

The girls are currently spending the coronavirus lockdown apart as Jade is staying with some friends, but she hopes their new songs will ''uplift'' fans during this unprecedented period.

She added: ''And I feel like, right now everyone's indoors and we need music that's going to cheer us up, to uplift us and to make us feel happy. And 'Break Up Song' very much does that.''

However, Jade hasn't been very ''sensible'' with her time in isolation as she could have been spending her days inside learning a new skill.

She explained: ''If I was being sensible, I probably would go on my keyboard and learn a bit more. For the past four years I've been learning Arabic, so there's no excuses now I guess. It's been pretty chilled actually.''

Instead, Jade has used her time in self isolation to finish building The Lego Disney Castle which is comprised of over 4,000 mini bricks.

The 'Touch' hitmaker admits that putting the final piece in place was as thrilling as when she and her bandmates were crowned the winners of 'The X Factor' in 2011.

She said: ''Me and my friend have just finished building our Lego Disney castle. It's really uncool but I don't care. This is months in the making.

''Honestly, I won 'The X Factor' nine years ago and it feels like how I felt that evening was the same as when I put the last piece of lego in that slot.''