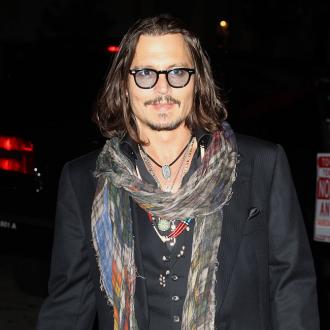 The 'Skins' and 'This is England '86' scribe will pen the script for the Warner Bros. magical adventure film, which is being produced by Johnny's Infinitum Nihil production company, according to The Hollywood Reporter.

The project - which is set to be directed by 'Nanny McPhee Returns' helmer Susanna White - is an adaptation of the 1987 Myron Levoy novel, 'The Magic Hat of Mortimer Wintergreen', about two young siblings who run away from their cruel aunt and go on adventures with the titular magician and his magic hat.

The 'Dark Shadows' actor may star in the film depending on his availability and script approval, it is reported.

Warner Bros. was said to have been developing a version of the film in which the title character is a conman who stumbles upon the hat and attempts to keep it out of the hands of a band of villains who want to exploit its magic.

The writer also penned the script for Nick Hornby adaptation, 'A Long Way Down', starring Rosamund Pike, Aaron Paul, Pierce Brosnan and Toni Collette, which is due for release this year.