J.W. Anderson says Donatella Versace gave him some excellent advice about standing out in the fashion industry. 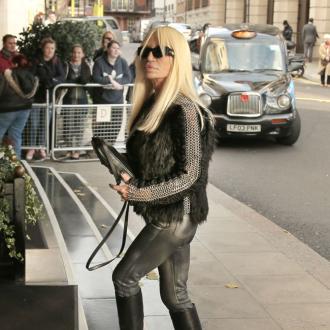 The designer created a one-off capsule collection for Versace's diffusion line, Versace Versus, and was thrilled to pick up practical advice from the Italian fashion legend in the process.

He told Vogue magazine: ''I adore her. I thought what we did took Versus back to where it should be. It was an amazing collaboration and a good balance for both of us, I'm super proud.

''She's so inspiring, she's seen it all, her advice level is incredible.''

The British star's androgynous line was unveiled in New York earlier this month, but despite the success of his joint venture, he claims he won't be teaming up with any other designers.

Asked whether he had his eye on any future collaborations, he said: ''No. Donatella is really the only exception. She's exceptional and takes risks.''

J.W.'s collection, which features a heavy dose of body-con crop tops, lace, and bright colours, recently earned him the compliment of being compared to the late Gianni Versace.