J Hus is 'hard at work' on his new album

Rap star J Hus has been talking to the likes of Stormzy and Dave about a potential collaboration. 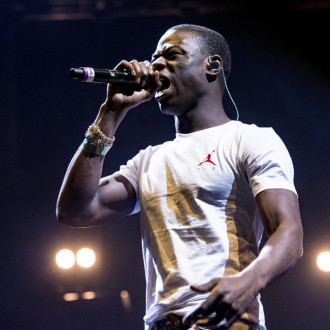 J Hus has been "hard at work" on his next album over recent weeks.

The 24-year-old rapper has been talking to the likes of Stormzy and Dave about a potential collaboration, as he thinks their presence would be "the cherry on the cake" of his next record.

A source told The Sun newspaper's Bizarre column: "Hus has been hard at work on the next album and is confident with what he’s got but he would like to get some of his mates on the record.

"Stormzy and Dave are two of the biggest names in British music at the moment and he has been talking to them both about doing something and some ideas have been thrown around.

"It’s really coming together now but getting them involved would really be the cherry on the cake."

Despite his mainstream success, J Hus previously admitted he's found it hard to leave his past behind entirely.

The rap star - who served time in prison between 2018 and 2019 for carrying a knife in public - revealed he's determined to stay busy and remain focused on his music career.

He reflected: "You know what it is, coming away from the past and getting into music was a way to get away. I always knew in my head that I’d done a lot of bad things in the past, and they would come to bite me in the future. I was waiting for it to happen.

"Yeah … It’s not as easy as people think. In my head I’m like, do the music and get away, but it’s hard, with the roads there’s so many things that come with it that it’s not easy to get away.

"You got to just keep your head up and keep yourself around positive people. I keep myself busy, I’m always in the studio, and if I’m not there I’m doing a show. I’m in the studio keeping away from trouble."