IYEARA open up about pro-active music-making, unhappy neighbours and their hopes for going live [Exclusive]

Following the release of their Consequences EP, we spoke to London band IYEARA.

Electronic trio IYEARA have already dropped their debut EP Consequences this Autumn, and we can expect their very first full-length album early next year. They may not have hit the live circuit yet, but we can't wait to hear more from them. 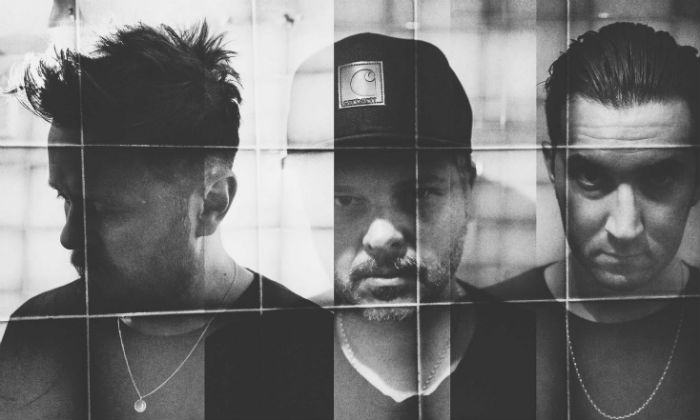 Just about every challenge on offer. It's good to be challenged. I guess anything worth anything will be a battle. Right now it's finding the best ways to release our music.

It's easy to make a name for yourself, but you want people to remember your name.

Having control isn't the most important thing to us, as it's healthy to listen to other ideas and opinions. We do produce pretty much everything ourselves though because that's what we're interested in. We produce our own music, create our own videos and artwork, we are our own record label too. It's important to us to not expect that everything will be done for us and that we should be pro-active in our own direction.

We draw influence from our surroundings... be it the inner city London life or further afield. We are also inspired by all the remixes we do for other artists.

I'd love to collaborate with Robert Smith. He has integrity.

When we moved in to our studio in a crazy little yard in Deptford, one of the neighbours knocked on the door and started telling us we were mad thinking we could make loads of noise and have a studio next to his caravan. He had wet himself in the process of shouting at us. We thought it was pretty funny.

To keep creating good, interesting music. We haven't really played live yet, so in the near future the aim is to create a visually cool live show and start playing as much as we can.

In a studio with a different neighbour.

Our debut EP comes out on September 27th and then we have more new music coming out in November and through to early next year when we will be finishing an album. We also have some exciting remix projects on the go which will surface over the coming months.