Ivor the Engine film in the works

The classic children's TV series 'Ivor the Engine' is on track for the big screen. 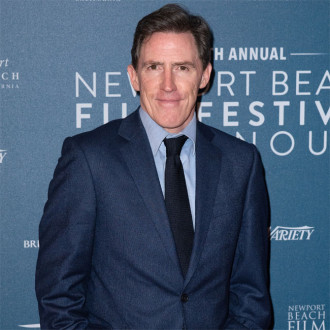 'Ivor the Engine' is set to be made into a film.

The classic 1970s animated TV series is on track for the big screen with co-creator Oliver Postgate's son Daniel planning to make a live-action feature film about the friendly Welsh train.

As reported by The Daily Mirror newspaper, the flick will be made by Postgate's production company Quintet Pictures.

Daniel said: "Set in the hills and valleys of Wales, it will be gently humorous family fayre to take us all off to the charming and eccentric world of Jones the Steam, Dai Station, Mrs Porty, Mr Dinwiddy, Idris the Dragon and, of course, Ivor himself.

"Ivor is beloved by generations of children, so we are working to bring him back in a live-action format that will ensure he appeals to many more generations to come."

Postgate added: "Quintet's ethos is to build on the classic storytelling of my father, Oliver Postgate, and his partner Peter Firmin, but supercharged with the skills, resources, contacts and technical knowledge of the Quintet team."

A number of stars including Rhys Ifans, Rob Brydon, Eddie Izzard and Cerys Matthews have already narrated 'Ivor' stories for a charity audiobook that is set to be released tomorrow (18.12.20).

'Ivor the Engine' was created by Oliver and Peter Firmin and was screened on British TV between 1975 and 1977. The pair also created other iconic children's shows such as 'Bagpuss' and 'The Clangers'.