Italo Zucchello, who is the men's creative director of the Calvin Klein Collection, has revealed he thinks Bradley Cooper and Alexander Skarsgard represent the ultimate ''Calvin Klein guy''. 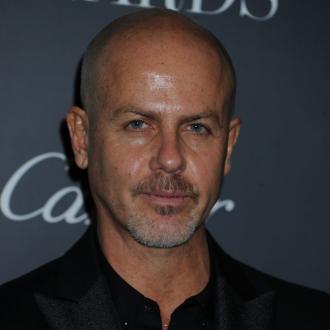 The Men's Creative Director of the Calvin Klein Collection has revealed the inspiration behind his designs and says ''strong'' and ''masculine'' American men embody the look of the brand.

He said: ''Calvin is legendary for casting. So I do a lot of pre-casting before shows. Usually they're not even models, they're guys. The Calvin Klein guy is strong, masculine, very American, and in my mind, Americans have always looked healthy, built, good-looking - and that's what I look for when I cast my models.''

Italo went on to explain that he thinks the actors Alexander - who is the face of Calvin Klein's 'Encounter' men's fragrance - and Bradley are perfect examples of the type of men who should wear his clothes.

He added to WWD: ''I like handsome guys like Bradley and Alex, people who can really represent what I do in the best way - the athleticism, the Americanism. But at the same time, I also like characters like Jared Leto.''

The designer recently put together the wardrobe for 'Started From the Bottom' hitmaker Drake's tour and has also worked with Sam Smith.

He said of working with musicians: ''Music has a cool factor, and if you want to enhance what you do, music is the most powerful way to do it.''