Is it True: Does Your Taste in Music Define Your Personality? 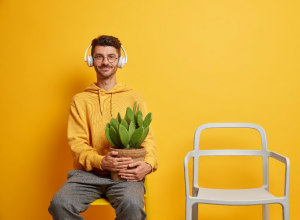 “I can’t believe that Asha bought Beiber tickets, that’s wild. I never really saw her as that kind of person.” Have you ever heard a comment like this before? That’s because people can judge others’ personalities based on the type of music they like. But is that a fair judgment?

There are so many variables that define an individual’s personality, it’s hard to pigeonhole its makeup into a mere category. Actually, it’s virtually impossible. Of course, the way we’re brought up and what we’re exposed to from our early childhood years has some form of impact. But as we grow older, and move from adolescence to adulthood, we’re bound to become our own person. Once we start hanging out with peers, we begin to form our own opinions and make informed decisions based on such factors. Needless to say, this includes our likes and dislikes. Even a hobby like playing at a no deposit online casino - perhaps a seemingly mundane activity - may be indicative of our character. Therefore it’s far from surprising our choice in music may also be quite telling in the type of personwe are.

Childhood musical influences are strong with the nature/nature debate

What music did you listen to when you first started liking music? Was it pure pop? Some of your parents’ classics? EDM? The music that you listened to when you were young will continue to shape your musical tastes probably for the rest of your life. This doesn’t mean that you’re basic if you used to like Taylor Swift. And if you still do, that doesn’t mean you’re basic either.

Your age now has an impact on your genres of choice

Did you follow the When We Were Young festival saga online? Tickets were sold-out to the Vegas throwback extravaganza featuring names like My Chemical Romance, Paramore, Bring Me The Horizon, Jimmy Eat World, and Alkaline Trio. The festival honed in on the emo/pop-punk vibe of the early 2000s, and as such, the audience was full of 30-somethings - who were mad it got canceled if you watch the TikToks.

But just because this audience loves the angstiness of these bands doesn’t mean they’re themselves (still) angsty. It just means it was the music that defined a pivotal part of their childhood. Many of the crowd are simply office workers cosplaying their teen years.

Which came first, the chicken or the egg?

If you’re out there binging Adele albums it’s probably because you’re going through heartache and want to really feel all the sad feelings. If you have a broken heart and you’re trying to just get on with things then you’re probably going to seek out angry music instead. While this certainly says something about the way that you want to deal with a breakup, you might have one musical response with one person, and another musical response with another.

Music has that wonderful way to help us hone in on our emotions and really feel them properly, which is why it’s often the advice you’ll hear if you are really going through it. Pop on some Kim Petras or Rico Nasty - whatever is your flavor to reflect your innermost feelings.

Defining yourself based on your taste in music can be dangerous

If you yourself define yourself too much by the type of music that you listen to you can wind up very conflicted if the band or genre implodes. This has happened over and over again. There have been some cases that have left avid fans so disappointed they’re not sure where to turn. The story of Bassnectar comes to mind, a DJ with a completely devoted fanbase accused of sex trafficking just last year. While most fans shunned the DJ after the accusations, there were others in the community that couldn’t believe it and were trying to rally support and raise him up. The fan-on-fan based fighting was real.

How about the science?

Music choice can be an indicator of personality traits to some degree. For instance, a 2015 study found that people who searched for music by mood were most open, and those who chose by activity were most conscientious. Other studies show links between empathy, sensuality, warmth, and high arousal to different music types.

So is it true that your taste in music defines you?

If you only ever listen to one specific niche genre then you should probably expand your horizons a bit. However, if there is diversity in your playlists based on moods, activities, time of day, and so on, then you’re probably pretty well balanced.