IRJA talk to us about Colin's inspirational lasagne, the pressure fuelling their desires and their June EP, 'AURA' [EXCLUSIVE]

Before IRJA release their debut EP, 'AURA', later this month, the creative duo take time to talk to Contact Music about their music

After a chance meeting in a London bar two years ago, Colin Lanz and Basil Steiner formed IRJA (Meaning - peace, tranquility, harmony) to explore their love of electronic music. This year the duo have started to release the music that they have been carefully crafting since they met. It's All Yours was IRJA's debut single release in early March, followed a month later by Devil You Know in April, and more recently, Heavy State Of Mind in mid May. The pair, who grew up in different parts of Switzerland, say that their music is inspired by Berlin electronica and both Basil and Colin share synth duties on their songs. (Lanz also performs lead vocals and guitar whilst Steiner drums and provides backing vocals) Ahead of the imminent release of their forthcoming EP, AURA, we caught up with them to find out who inspires them and what their plans are for the future. 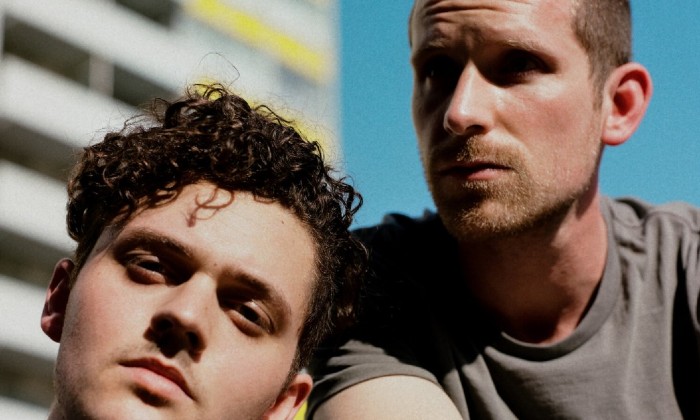 Our music is a blend of Electronica and Indie-Folk, Berlin-inspired electronic music. The analogue and synth-heavy soundscapes combined with organic instruments create an ambient electronica touch. The synth arpeggios and the atmospheres we play with give you the impression you’re afloat. The bittersweet melancholy we bring in is always balanced out with enough brightness and hope.

We both finished at music uni last year and ever since have been self-employed. Working in this musical hub London is quite challenging, but that keeps us going. If you do it wisely, pressure can fuel your desire to achieve and move things. We love that thrill!

We are not sure how difficult it might be but we bring a lot of patience. And loving what we do, helps us to appreciate every small step. So it doesn't matter how far we get, it's important that we can always enjoy those moments.

For us, it's crucial to have full control of the entire creative process. This is why we write, engineer, and record everything; just the two of us - in an environment where we have creative control and time to explore, and to make mistakes as much as needed.

There are so many, but if we’d have to pick one, SOHN would possibly be the person we would like to collaborate with the most. We’ve been looking up to his works as a producer and as an artist since the release of Tremors.

Funnily, even though we met in London, we both grew up in different parts of Switzerland. Only after we’ve known each other for almost a year already, we realised that some of Colin’s relatives were Basil’s neighbours. Colin spent some holidays there when he was a child. So most likely we met each other on that playground in front of the houses before bumping into each other in London.

Well, we love what we do incredibly much. We dream about being able to self-sustain the project. It’d definitely also be a goal to support some of our major inspirations on stage.

On stage finally! Creating music in the studio is great but performing in front of an actual audience and all the thrill it brings is just a different feeling. Also, we have a great visual concept that we want to share with people so badly.

A lot of new music! We're currently preparing the release of our debut EP AURA, which will follow in June. But there’s so much more. We have some people remixing a few of our songs at the moment and we're working on a lot of new music that we can hopefully share with you during Winter. So we keep ourselves busy and exploring!