Taking place in Bradford over the August bank holiday weekend

Coming into the nineteenth edition of the UK's hottest industrial music festival, Infest 2017 is set to bring three days of unruly and cacophonous fun yet again. The short roster (at least compared to larger, multi-stage events) gets ever more impressive with each year, and sees the University of Bradford's Student Union transformed into a venue fit for international names and a massive crowd of Latex-clad, New Rock stomping, super-friendly goths.

The first band to be announced was Swedish EBM collective Wulfband, who make quite the visual spectacle in their live shows with their sinister masks and high energy performances. Another band with a satisfyingly dark visual aesthetic are French trio Chemical Sweet Kid who can be described as an electronic cross between Christian Death and Marilyn Manson, but really present a unique mixture of industrial rock, goth and electro.

They'll both be making their UK debut alongside Belgian trio The Juggernauts, who are as unrelenting as their name suggests; bass-heavy Chicago duo Vampyre Anvil who released their newest album 'Tetsuo' in 2016; and Dusseldorf quartet NoyceTM who have been around since 1996 and describe their melancholic electro as 'headpop'.

The most exciting announcement of all comes in the form of headliner Revolting Cocks, politely referred to as RevCo. Featuring Richard 23 of Front 242, Luc Van Acker of Shriekback, Chris Connelly of Finitribe and Paul Barker formerly of Ministry, these US-based industrial rockers are celebrating the 30th anniversary of their debut classic 'Big Sexy Land'. They'll be playing the album in its entirety, in addition to a few musical surprises.

Co-headliners Rotersand are also causing quite the buzz among the Infest crowd; the Hamburg twosome bring their futurepop noise to Bradford while performing under the new slogan 'Monkeys in a Tree'. They released their politically charged fifth album 'CapitalismTM' last year and they're the only band on the roster who are returning to Infest for the second time. 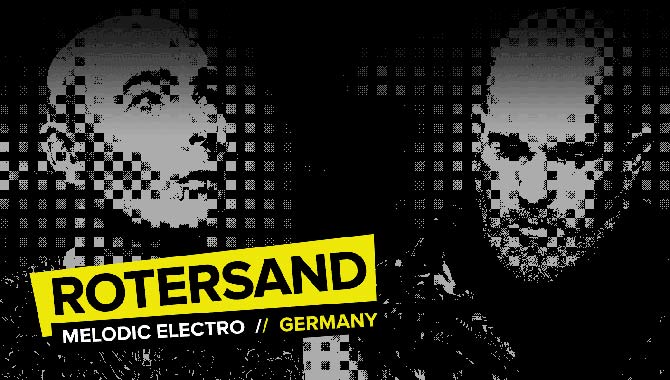 Die Krupps are another eagerly anticipated act. Combining guitar-based industrial sounds with an EBM edge and a taste of techno, there's really very little they can't (or won't) do with their music. The German collective recently dropped their newest album 'The Great Corrupter'.

One of two local acts to play at the Bradford festival is the spooky witch-house visionary Sidewalks And Skeletons aka Jake Lee. Also from the UK are independent London duo Empathy Test bringing a refreshing pop taste into the mix, while Birmingham four-piece Among The Echoes, who have previously supported the likes of Toyah and The Birthday Massacre on tour, introduce a goth twist to their electronic artistry.

From across the pond comes LA breakcore virtuoso end.user with his brand of experimental drum-and-bass, alongside the ever-evolving iVardensphere from Canada (featuring local musician and Infest staple Jamie Blacker of ESA) who have performed alongside acts such as Combichrist, Juno Reactor and Front Line Assembly - a wide acoustic spectrum for a band that adapts to all alternative genres. German duo Accessory were the final band to be announced. Another which has been electrifying goths since the late 90s, their EBM-electro sound is influenced by the likes of Front 242, Nitzer Ebb and Kraftwerk as well as the aforementioned Die Krupps. 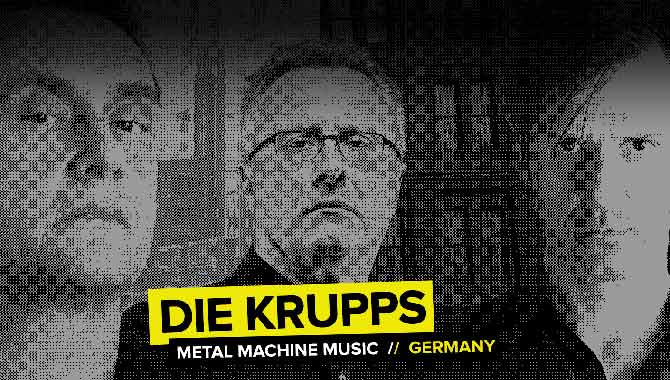 Die Krupps among the headliners at Infest 2017

More to look forward to are local newcomers They Called Him Zone who released their debut album 'Crow Swan Wolf' earlier this year. They're something of a dark-pop misfit trio with a streak of post-punk angst. French riot girrrl Riotmiloo, best known for her work with Venom Seeds, is expected to shake things up a bit with her intense fem-punk vocals and a sound that fits somewhere between industrial and ambient.

Bands aside, expect to enjoy a dance or two at the hands of some top scene DJs and wind down with a spot of pool, or try your hand at karaoke. Meanwhile, you can refresh your weekend style with a bit of retail therapy on the Saturday and Sunday with a vast maze of clothing, jewellery and accessory stalls, and pick up your new favourite band's latest material at the merch stand.

Plus, when the inevitable hunger kicks in, you'll be able to refuel at the food tent with a varied menu for all palates (details of which are yet to be announced). With improvements and renovations being undertaken annually to improve your Infest experience, you can be assured that this will be the most exhilarating year yet.