Inbetweeners 2 to be released next summer

A sequel 2011's 'The Inbetweeners Movie' will be released next summer, which will see characters Simon, Will, Neil and Jay venture Down Under for a holiday in Australia. 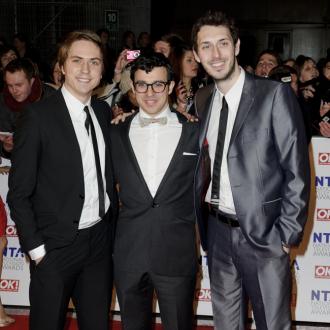 A sequel to 'The Inbetweeners Movie' will be released next summer.

The four main cast members - Joe Thomas, Simon Bird, Blake Harrison and James Buckley - will reportedly reprise their roles as Will, Simon, Neil and Jay for another adventure which will see the lads venture Down Under for a holiday in Australia.

An insider told The Sun newspaper: ''It wasn't easy for any of the guys involved to call it a day after the last film. They were a tight-knit family and really missed each other when it all came to an end.

''The writers, Damon Beesley and Iain Morris, have been knocking ideas around for a while and came up with something they thought would be good enough to maintain the high standards they have set.

''They never thought all the lads would be up for coming back so soon as they have become big stars in their own right. But when James said he was game the other week, everything seemed to click into place.''

Buckley recently admitted how much he missed his co-stars and expressed interest in working with them again.

He said: ''There's no other job like it, every other job's quite serious. If we behaved like this on other jobs we'd get fired. I'm missing them, I'm missing those boys.''

'The Inbetweeners Movie' - adapted from the hit TV series - became the highest grossing British comedy of all time upon its release and earned over £13 million in its opening weekend alone in 2011.