'I was shaking': Jade Thirlwall's fears on opening up about mental health

Jade Thirlwall says it was difficult to open up about her mental health and she was shaking before a poem about her anxiety was published. 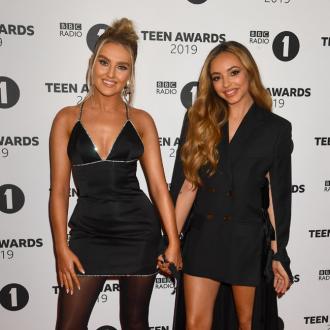 Jade Thirlwall says it was difficult to open up about her mental health.

The Little Mix star spoke about her anxiety in a poem for Mental Health Awareness Week last month and admitted she was ''shaking'' before her contribution was posted to the 'World from my Window' Instagram account.

Speaking to Attitude magazine, Jade explained: ''It was quite a big milestone for me to open up that much because I don't feel like I do it that often, especially when it comes to my mental health. I don't know why I kind of struggle to speak out about it: I've written about it before, about when I was younger, and about having anorexia, in our books and stuff. I think that a way for me to be able to talk about something or express how I'm feeling is by writing it.

''I'm really good friends with the guys who started the project that I wrote the poem for, 'World from my Window'. I was literally shaking before I posted my poem, because it is quite a personal thing, isn't it? Especially if you're not used to share and things like that.''

Jade's fellow Little Mix members, Jesy Nelson, Perrie Edwards and Leigh-Anne Pinnock have all been open about their own issues in the past and Jade, 27, is proud of her bandmates for empowering women.

She said: ''I think the beauty of us four girls being in a group together [is that] we've always sort of stood for female power and empowering women. I think as the years have gone on it's been nice to really hone in on things that we're all actually really passionate about, and I think there's somebody for everyone to relate to in the group.''

While Jade and her bandmates have been separated during the Covid-19 lockdown, the star - who has a new MTV series 'Served! With Jade Thirlwall' - can't wait until they are reunited.

She said: ''Oh god, I'm really missing that energy. When we do go to work we cry with laughter every single day. It's so fun being together. Don't get me wrong, we are human: there have been times where I am sure we've all got on each other's tits loads, but we just sort of get on with it and we always see the bigger picture. In our group chats we've been doing a lot of reminiscing while we're not together, and sending old photos of each other, when we looked a bit worse for wear, and just laughing at each other, and a lot of boy talk and stuff. I am really missing the girls.''