An interview with Glasgow's up and coming popstars HYYTS.

It's easy to feel daunted by the music business when you're just starting out, but Glasgow pop duo HYYTS are a breath of fresh air with their positive outlook on their blossoming career. They recently dropped their new single Car Crash Carnivore and are currently performing at various venues and festivals across the UK. 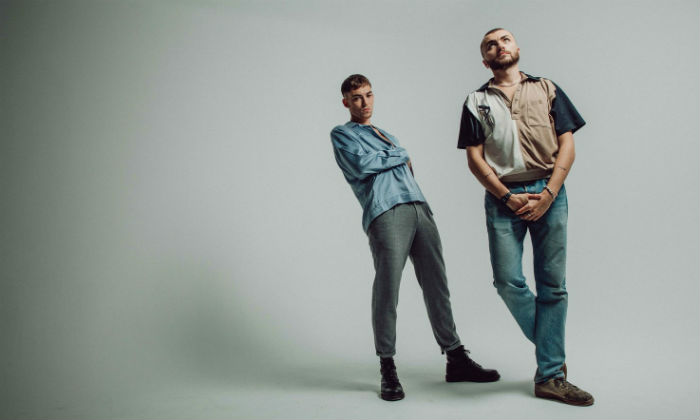 It's pop music! We try to whack into as many genres as possible since we listen to a bit of everything and really like sticking our wee fingers into all those beautiful pies. But yeah it's definitely pop at its heart.

To be honest, everything so far has been a dream and even the setbacks and mistakes have taught us so much that we wouldn't really change anything. Social media is a hard and strange part though, we're both quite socially uncomfortable people so being so outward is a funny thing!

I think it depends on what you're looking for really! I think it's both easier and harder than it's ever been today in different ways. There's so many avenues into 'making it' that it really is all in the artists' hands which is a really exciting thing. But it also means that now more than ever before you need to be more than a musician - a stylist, an artist, a businessperson - everything rolled into one which is another really interesting part of this wacky old internetty world.

Very important for sure! But HYYTS has always felt like a hugely collaborative project so bringing other people on board who turn us on creatively is another massive part of it for us - bringing everyone in to the creative party! But yeah we like to control and produce or help to produce everything we do - videos, artworks, photo shoots - we have a real vision for how we like things and love including other magic people in that.

We don't have one particular avenue of inspiration, we like to jump into whatever we're feeling at the moment, whether that's hip hop or acoustic folk or anything! Sam also is massively inspired by film and visual arts whereas a lot of my lyrics are inspired by literature and things that I've read. That sounds so pretentious but it's true. Main influences are probably George Michael, Scissor Sisters and Kanye West (to name 3 out of 1000).

If you could collaborate with anyone going forward, who would you choose and why?

There's loads and loads! The ultimate is Max Martin, he's the all time best pop songwriter and producer ever and he's also super hot and so cool. Also Robyn, Mark Ronson, Solange, Kanye (we're definitely not cool enough for any of them).

Tell us a random, funny fact about you that nobody knows.

Sam was a professional video gamer when he was younger which is mental! And I like to get drunk and give myself tattoos which makes my mum really sad. Mostly we just sit, fart and drink tea though, to be honest. Also we have a snake called Rose!

Do you have definite goals or aims for your career?

We're really just going to do this until it stops being fun. Right now we're having the time of our lives and we just want to milk as many new experiences out of it as possible. We do want to make enough money to get gold teeth though, that's the first proper aim.

Exactly the same place but with gold teeth. Joking! We'd love to play places like Coachella and Glastonbury and stuff like that and to work with as many funky people as possible. Playing the Barrowlands in Glasgow would also be a dream. But yeah just meeting new people and doing new stuff and making new tunes!