Hollis Lomax; consisting of Will Rowland (Keyboard/Vocals) Hugo Keays (Guitar) Will Ellis (Bass Guitar) and Rob Taylor (Drums), are excited about "reaching an audience who'd particularly enjoy our sound" now that lockdown restrictions look set to be eased further. After recently releasing their latest single, Past Time on 28th May, the four piece band, formed at Oxford University, have now secured a "support slot, alongside Pynch (Somebody Else), at The Waiting Room, Stoke Newington in August". The off-set jazzy rhythms of Hollis Lomax incorporate various elements into a mix that they themselves sometimes describe as "angular and mathy". It's not hard to see a link to both Talk Talk or Stereolab, two band's that Hollis Lomax has sited as an influence (Listening to their sound, I'm pretty sure early Metronomy must be on the band's radar too). Before they start playing to live audiences again, and ahead of a dream tour with Adele, we caught up with the creative band to discover what they're up to. 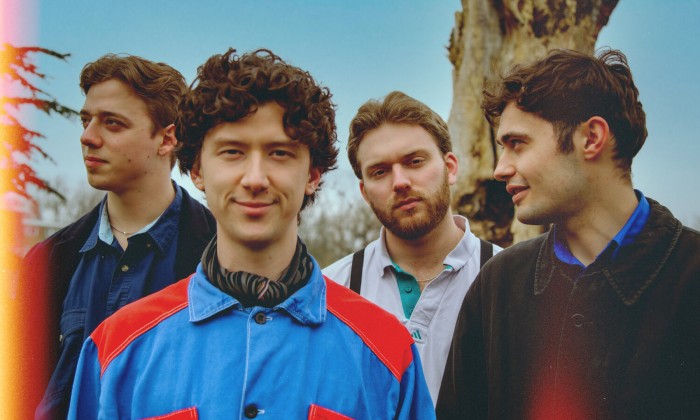 We jokingly refer to ourselves as post psych-funk-punk because we think these 'post' genre labels are meaningless. But, we make use of a lot of jazzy harmonies; there are some more post-punk elements that are creeping into our music, and people have often described our sound as psychedelic. The new single is particularly hazy and dream-like, but some of our other stuff has been more angular and mathy.

Mainly to be honest just reaching an audience who'd particularly enjoy our sound. And this obviously hasn’t been helped by the lack of live music, which is still ultimately the best way to reach people.

Definitely has its challenges, but we plan to keep putting ourselves out there, in front of an audience. We wouldn’t stick it at it if we didn’t have faith in the music.

We’ve been lucky, and never actually been in a position where anyone has had any creative control over our music, but ourselves. We haven’t had a label telling us how to sound, and by the time we turn up to record our songs with our producer, all of the sounds and parts are generally fleshed out and decided.

Individually we draw from different inspiration sources. Can’t speak for the others, but I’m sitting here with Hugo and he loves Jack White’s approach to blues, and recently has been obsessing over Clarence White’s B-bender telecaster. Amongst others things, I love a lot of 90s psych bands, such as Broadcast and Stereolab, and draw from them a lot in my melody-writing.

Thurston Moore from Sonic Youth actually owns a record shop down the road from us . So if you’re reading this, Thurston, come have a jam! But we would love to work with someone like Courtney Barnett, or Mount Kimbie on the electronic side of things. Maybe we are bit too underground for them.

We are all obsessed with this Turkish drink called Şalgam. It’s salty, sour, spicy and pink. Hugo ferments his own, and I have to say, the taste is complex.

To be able to expand the HL collective to a large team of creatives, and make it financially sustainable to support each member. And headline Glastonbury.

Kicking back on tour with Adele.

We are planning to record a load of new music in the coming months for your listening pleasure. We did say we were going to commit to a song a month, but I think we’ll spread it out a little more. Watch this space.