'Crazy Rich Asians' star Henry Golding has revealed that he doesn't consider himself to be a ''heart-throb''. 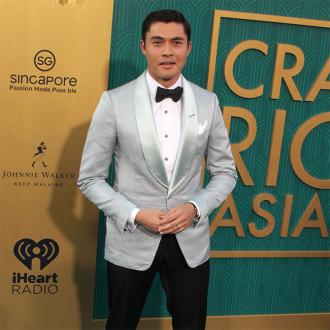 Henry Golding wouldn't describe himself as a ''heart-throb''.

The 33-year-old actor has starred in romcoms like 'Crazy Rich Asians' and 'Last Christmas' - but Henry still doesn't believe he's a sex symbol.

He said: ''I would definitely not describe myself as a heart-throb.''

However, the Hollywood star suggested he will accept heart-throb status if it can help to alter perceptions of Asian masculinity.

Speaking to the Guardian newspaper, Henry explained: ''I love the fact that people take pride in me doing well and use me as, I wouldn't say idol, but as a north star for their own journey.

Henry's on-screen performances have led to him being touted as the next James Bond, and he feels that 007 bosses have ''the opportunity for change'' as they ponder his successor.

Henry - who was born in Malaysia but raised in England - said: ''It is the opportunity for change. Be it female, male, bi, gay, straight, trans, Asian, black, Latina.

''Now is the time in our history where it doesn't matter. That is the most amazing feeling. So the possibilities are endless.''

However, Henry refused to reveal wherever he's been approached to play the iconic spy in the money-spinning film franchise.

He insisted: ''I'm not being drawn into this trap!''

Henry starred alongside Emilia Clarke in the 2019 romcom 'Last Christmas'.

The movie received negative reviews from the critics, but he is more interested in ''performing for the crowd''.

Henry said: ''You perform for the crowd. You stay in the arena, you fight and you create what you think is beautiful.''