We are in love with the flawless, soulful vocals of Danish/Swiss singer-songwriter Helena Deans, who isn't afraid of baring her soul for the world to see. She's compiled a series of mostly anecdotal tunes with her new band, and it's coming very soon. 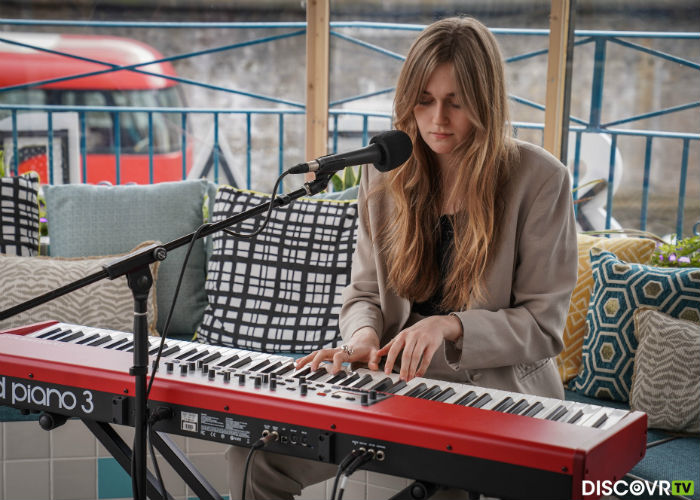 The singer has just completed filming and recording a 10-track live album with the band at a warehouse in Reading; an organic process which took just one day. But what was the inspiration behind such a concept?

"I decided to record a visual live album because I wanted to take things into my own hands; to showcase what we love and do as a trio - which is playing live!" She told DiscovrTV in a new interview. "I wanted to connect with people in a different way and just make something that I truly love."

The most important thing for Helena is the lyrics, around which she builds the melody and chords but never allows herself to become restricted by traditional song layouts. She writes what she feels, and eschews structure.

"I feel like I'm creating a story rather than a structured verse/chorus layout", she explains. "I prefer translating the moments of my life into music in that way. That's why I love interludes and outros."

She also prefers to translate said moments privately, as this kind of artform requires the artist to display a certain vulnerability; something that can easily be quashed when we are forced to open our hearts in front of others, no matter how close we are with them.

"I think feeling safe and being in your own space is the best place to write", she muses. "If you want to write somthing real, you need to be completely vulnerable and accept the creativity that comes from your emotions."

One example of this is her song I'll See This As A Blessing, which came to her in a moment of reflection about a friend from which she had grown apart, and it was something so raw and honest that she was careful not to destroy it with too much structural arrangement.

"I wrote this for a friend that was very close to me for a while and I was trying to see the positive in our friendship not working anymore", she said. "I hadn't written in a while and it just came out because it was just what I was feeling and that's why I just left it as it is. It was just a moment for me."

Read the full interview with Helena Deans on DiscovrTV.

Quickfire Q&A
One weird fact about you: I was 6ft when I was 11 and had surgery to stop growing.
One thing you'd love to learn: Pottery.
One thing you'd make illegal if you could: Coriander.
Celebrity crush: Matthew McConaughey.
Your biggest fashion mistake: My massive red sweater with big white stars that I wore all of high school.