H.E.R. sues record label to be freed from recording contract

H.E.R. is suing her record label MGK Entertainment for keeping her in a recording contract that should have been voided in 2019. 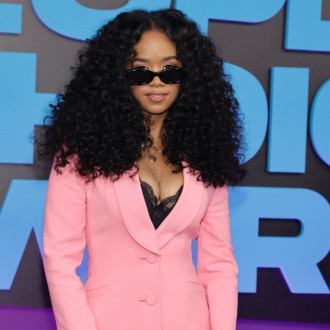 H.E.R. is suing her record label to be freed from her "overrun" recording contract.

Also known as the Seven-Year Rule, the code “prohibits the enforcement beyond seven years of a contract (such as the Agreement) to render services of a special, unique, extraordinary or intellectual character.”

Wilson has been signed to MBK since 2011, and says her contract should have ended in 2019.

“Wilson has not been free to provide her recording services except as permitted or dictated by MBK.”

The Oscar winner alleges that her manager, label owner Jeff Robinson, sacked the attorney representing her and employed a new lawyer to work for his client.

However, there is no fee agreement or a conflict waiver in writing for H.E.R. and the lawyer's work was allegedly a "favour" for Robinson.

Wilson was just 14 when she signed the deal and wants the contract to be made “unenforceable".

She is also seeking restitution and reimbursement for court fees from MBK.

The 'Damage' singer was still at school when she got signed and didn't think about being a successful singer at the time.

Speaking about her first few years in the industry, she said previously: "I didn't think about any of that stuff. I was a kid. You know, I would play on the playground and go to class like everybody else; I just performed sometimes. Of course I know people expected me to do great things and that really played a huge role in who I am."

And the singer admits the pressure "absolutely" hindered her as she was growing up.

Opening up about the pressures she experienced, she added: "Everybody has people who doubt them, or try to take away from who they are, but at the end of the day, those things don't matter. On my first tour, certain people were like, ‘don't bring your guitar out [because] kids aren't going to get it.’ What if I had compromised myself? I might not be where I am right now. So you can't pay attention to people. I'm always gonna focus on myself."