Gypsy Circus on influences, fencing and their dream collaboration [Exclusive]

Edinburgh four-piece Gypsy Circus have recently dropped their new EP Holy Lights And Shadows; a sensational blend of blues, indie and rock sounds. They recently embarked on a short tour of Scotland, performing in Glasgow this week with shows still set for Bathgate, Elgin, Perth, Aberdeen and Edinburgh. 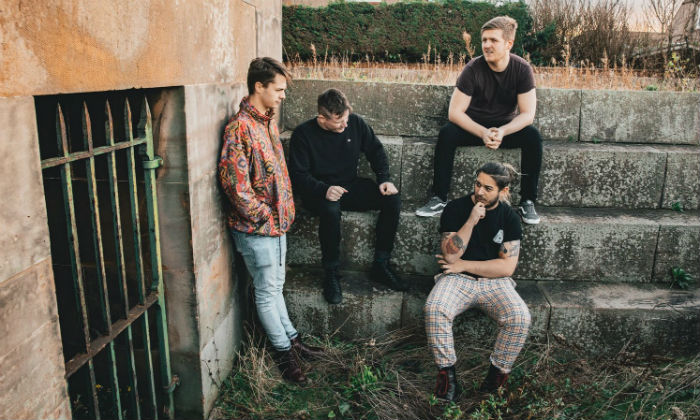 A Frankenstein monster of blues, indie and rock!

Nothing that is out of the ordinary really. We are slowly but surely building a fan base and the shows are getting a bit busier each time. Also money!

Making a living through original music is very difficult. Half of the band works in music full time (teaching, playing in bars etc.) so we get to still be involved in the industry to some extent. Everything the band makes goes back into the band at the point!

Very important. It would be awful to not be in control of the music. That being said if people have good ideas we are always up for  listening!

The band sort of feeds off each other and ideas bounce back and forward. We are influenced by good music, no matter the genre! Although we do have different tastes in terms of music.

Tough one - we like Emme Woods, a singer from Glasgow. She has a great voice and it would be really cool to hear her and Aaron sing together. Or Drake so our music just goes to number 1.

Our bassist is a brilliant fencer but flat out refuses to have a sword fight with any of us. Which is frustrating as our drummer is also a great fencer.

All we want to do is make a living from our original music and tour as much as possible!

Hopefully closer to the above question!

New music and gigs! Playing a bunch of shows to support our EP as well as a new video. Check it out!