"He criticised me for being gay": Graham J opens up about "disgraceful" homophobic music review [Interview]

Graham J tells all about his experience with the Jazz Journal.

We feel great pride to live in a country that celebrates diversity, that allows same-sex couples to get married and adopt children, that make it a priority to have diverse representation in the entertainment industry. We've definitely come a long way over the decades, but that doesn't mean we don't still have a long way to go. Unfortunately, bigotry is still rife wherever you look. 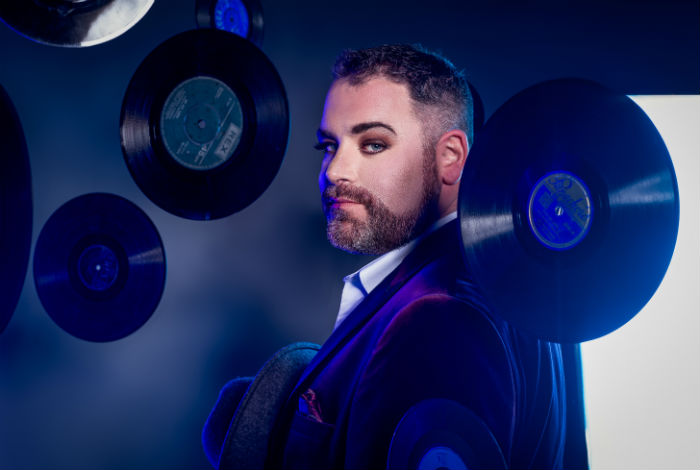 It seems now that gay musicians can't even receive criticism on their art without being subjected to homophobic abuse. Irish crooner Graham J is one such musician, who was shocked when he came across a review of his album Cry in the Jazz Journal a few months ago which included an offensive remark alluding to his sexuality and had nothing whatsoever to do with his actual music.

Critic Leon Nock wrote: "Graham had still to reach bar three of the first track when I formed the impression he had had a metacarpal surgically removed from his wrist and nothing that followed disabused me of that feeling."

Just in case this loftily worded reference went over your head, Nock was suggesting that Graham, being an openly gay man, was "limp-wristed" - a stereotype that is particularly demeaning amongst the gay community and a completely unnecessary statement in the context of music.

ContactMusic spoke to Graham in the aftermath to see how the situation had affected him, and to get him to help us raise awareness about homophobia in the music industry.

"Mr. Nock didn't review my music. He criticised me for being gay", he told us. "That is completely unacceptable in 2019. If he disliked my music, that's absolutely fine but his personal remarks are disgraceful."

Nock's comments were subsequently removed from the piece, but Graham is yet to receive an apology from either him or the Jazz Journal. No-one should have to deal with any form of bullying for being themselves, be it aggressive verbal abuse or a throw-away remark in a webzine. And as someone who has been bullied since he was at school for his sexuality, Graham is not about to let the incident slide.

"Homophobia traps people in cycles of fear. No one would ever willingly choose to be publicly humiliated or to be one an object of scorn", he says. "I've had to fight since I was a child to be who I am. I thought at this stage of my life, name calling and jeering would be done with. There are LGBTQ+ people all over the world who still suffer needlessly from bigotry. I'm lucky that I live in a western country where I'm able to call out homophobia. There are many people who aren't. Standing up for myself is also standing up for them."

It's important to stand against any remarks of this nature, no matter how veiled they may be, because even in progressive countries like the UK and the US there are people suffering at the hands of unfair judgement and bigotry, compromising their safety, their families, their education, their employment and their prospects.

"I've not personally experienced anything negative up until this point but I have seen and spoken to many other artists who have", says Graham. "I only recently read an article with Billy Porter saying he was openly told he'd not have a career because he was too flamboyant. In 2019 we should be encouraging diversity. We should only be judging people for their art."

"Being referred to as camp, histrionic, limp-wristed or anything that infers that you are less than or unworthy of attention can really dishearten young gay musicians", he continued. "Our voices and lives may be different but the experiences that fuel our music is no less valid. It's simply another colour in the palette."

We reached out to the Jazz Journal for comment and, unsurprisingly, received no response. It certainly proved Graham's theory right that they "want to distance themselves from the situation in the hope that if they ignore it it will go away".

Thankfully, it seems that this was an isolated incident for Graham, who has received no such homophobic negativity since, and in fact has been inundated with lovely messages in complete solidarity with him. Ever the optimist, Graham refuses to let the incident knock his confidence and recognises the good that has come out of it.

"The messages of love support I received from people have really bolstered me", he said. "While [Nock's comments] were distressing, they have given me more courage to keep going... I did receive an e-mail from someone saying that the way I've handled myself has given him the courage to come out to his family. This can never be a bad thing."

Graham is certainly doing his bit to help the LGBTQ+ community in as many ways as he can. He'll be performing at UK HIV charity Positive East's annual fundraising dinner Positive Feast on June 20th, and he also actively campaigns for more access and education regarding HIV prevention drug PrEP in his hometown of Dublin.

Meanwhile, on a more musical note, he'll be embarking on a new recording/touring project called Torchbearer with cabaret performer and author Ian Elmslie.

"We've devised an unsuspecting programme of torch songs usually associated with women", he explains. "It's not the usual Judy, Barbra, Liza stuff. We've dug up some rarely heard music to create a narrative that talks about the trials and tribulations of falling in and out of love.

More: 10 LGBT moves to see before you die

We're both really excited to be launching this project and making our Crazy Coqs debuts on September 18th at London's Cafe Zedel. We'll be performing the show at various other London venues including The Pheasantry in Chelsea and The Two Brewers in Clapham before taking it on tour around the UK and then to New York."