Gorillaz have described their new album 'Humanz' as more than just a ''party album''. 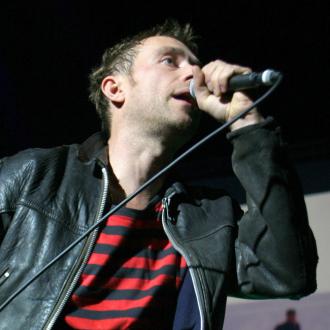 Gorillaz have described their new album 'Humanz' as more than just a ''party album''.

The group, which was formed by musicians Damon Albarn and Jamie Hewlett in 1998, but also consists of four animated characters 2-D, Murdoc Niccals, Noodle and Russel Hobbs, believe their latest LP is like ''the most messed-up party'' ever attended because it is full of ''subversion''.

Speaking to the Metro newspaper, the 'Feel Good Inc.' hitmakers said: ''It's a party album alright but the most messed-up party you ever went to. The record is full of subversion, like the first song 'Ascension'. Normally you ascend into heaven but here we're lifting up to some new kind of hell, full of wrongness and horror. But, you know, in a fun way.''

And they have revealed Chicago, a city in Illinois, inspired their latest work.

When asked what influenced their LP, they said: ''One word: Chicago. That place is the soul of the record. Pevan Everett, Twilite Tone, Pusha T, Jamie Principle: imagine all those guests, on one flier, in a Chicago warehouse party, for one night. That's sure as hell a party I want to be at. But like Noodle said, it's a messed-up night. Everything turned on its head. Doesn't feel right. Like we've woken up inside an episode of 'Black Mirror'. Our guts know something's up, there's a dark twist just over the horizon, we just don't know how it'll play out yet.''