Italian record producer Giorgio Moroder has hinted he may be in line to star as a judge on Simon Cowell's new show 'Ultimate DJ'. 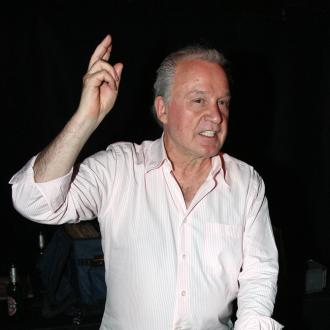 Giorgio Moroder has hinted he may be in line for a judging role on 'Ultimate DJ'.

The legendary record producer has claimed he's been approached to join the panel on Simon Cowell's new show which will see DJs compete against one another in a bid to win a recording contract with Sony Music and a headline spot at a major music festival.

When asked if he had been approached to participate in the show, the two-time Academy Award winner said: ''They gave me some indications. I would tell you, but I don't know''.

Giorgio, 75, would bring a wealth of experience to the project as he is considered one of the main pioneers of synth disco and electronic dance music, while he has also made music with legends such as Donna Summer, Sir Elton John, Blondie and David Bowie.

However, it is the late Queen frontman Freddie Mercury who Giorgio credits with being the biggest ''diva'' he has ever worked with as he found it uncomfortable critiquing the 'Bohemian Rhapsody' singer.

He said: ''Singers are usually very friendly (but) I had a little bit of a problem with one of the best ever: Freddie Mercury. He was a very intimidating person, one of the best composers, singers, lyricists and divas. To tell Freddie, 'You know that high note? Do it again.' That's not something you do.''

The 'I Feel Love' hitmaker has collaborated with Sia, Kylie Minogue, Britney Spears and Charli XCX among others on his new album 'Déjà Vu', his first in 30 years.

Giorgio admits the process of working with other artists has changed a lot over the years, and he was disappointed he didn't get to meet Sia as most of the work for the record was done over the Internet.

He said: ''I never met her. She is very protected. [Nowadays] you don't get to meet all the people, it's all done by the internet, by sending files.''

'Ultimate DJ' is set to air on Yahoo Live later this year.