Set to release their new EP 'Crimes Against Yourself' on February 21st 2020, we spoke to folk-rock newcomers Generation Dude as they start out on their musical journey. With their sense of humour next to a unique bluesy vibe, we think you'll like them. 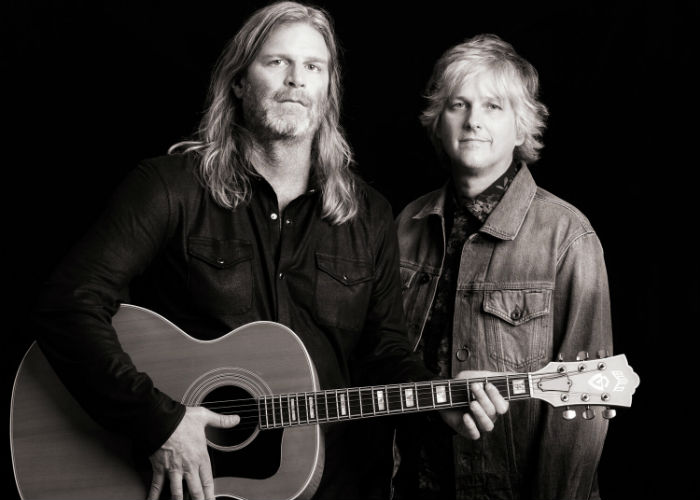 For those who may be new to your music, how would you best describe your sound?

People who have listened to radio classics of the '60s and '70s are probably already familiar with our sound. But a deeper listen reveals folk-rooted music with a voice of adolescent angst. Kind of like the The Mamas & the Papas show up at Alice Cooper's studio with a case of Budweiser, but there's a sober producer chaperoning.

Nothing yet - we're just starting and everyone we've met has been so positive and encouraging. We are grateful to be here now!

Career? Sounds so white collar. But seriously, we just started putting it out there, so we shall see. We're not looking too far down the road with everything being so tenuous politically and economically. We are in an exciting space, super-focused on having fun and serving the art.

Right now it's real important since we are fueled by personal artistic expression. If we had to please somebody else, it would turn into a plastic experience and be no fun. Of course, while it's important to speak your mind, if someone else had some good advice or input we'd certainly keep our eyes and ears open.

From what we see around us. There's so much to observe in this modern world, but we need to able to slow way down and get in the zone to see the forest for the trees. More often it's the simpler things that spark the muse.

Is the time machine working? Because I wish I could write and record a song with John Lennon - and I'm sure it would be impolite and p**s off a few people, folk-rock right down the middle. John would have been a blast to hang with. But in 2020, I'd have to say Neil Young because I'd like to write a great country-folk song. Neil would help me tell the truth and shine the light.

I'm in the market for used a "single-wide" trailer (mobile home).

Write and record 100 more songs and then keep writing and recording. Play lots of concerts in between.

Finishing up a tour and releasing our second album. Oh, and also we have been kicking about the idea of Christmas single for next year, but it would have to be something real special. That would be a nice bit of icing on the cake.

We will be rolling out a few singles in coming weeks and then releasing our debut 'Crimes Against Yourself' this February. We also have a cool music video in production and we plan to start a tour in early Spring 2020.