After performing in King Korea and Welcome Dynasty, Bruno G. Roth is excited to embark on his first solo project - GARGALO

When he's not focused on his on-line tuition, or stuck in the back of his brothers van mixing his latest compositions, GARGALO (Bruno G. Roth) is to be found in and amongst the sound mirrors of Greatstone in Kent. The shoot for his latest video, to accompany his last single - Out Of Sync, took Spanish-Canadian Bruno to Romney Marsh and Dungeness in the Sam Kinsella directed film. The isolation that is inherent in Roth's song is born out across the coastal landscape just a stone's throw from the nuclear power station. The artist, now based in London, has been involved in numerous bands before (King Korea/Welcome Dynasty) but this is his first solo project and he can't wait for you to hear his debut solo EP. King Of Dark Waters, which contains both Out Of Sync and Monroes, will be released on November 26th via Frances House Records. Before GARGALO takes to the road to perform his latest music live Contact Music caught up with him to find out a little more. 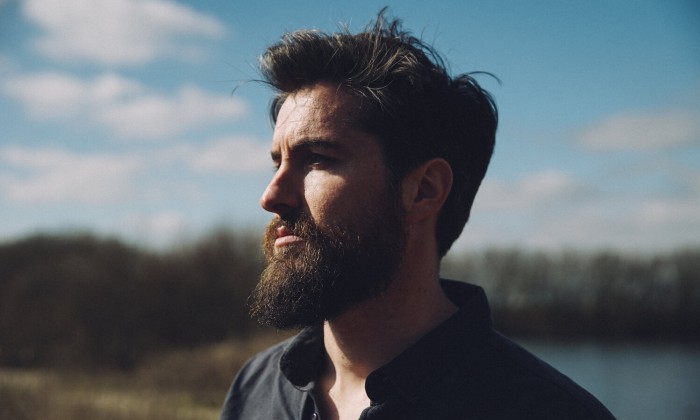 Atmospheric Indie-rock/Indie-pop creating landscapes based on reflections, experiences and personal lyrics as an escape mechanism.

Over the years, working in different projects, there have been many highs and many lows. Opening certain doors from scratch can be frustrating. But I think the ultimate challenge is to really believe in what you are doing and trying to be extremely honest and genuine about it. Whatever comes after that must be a great adventure. Music should be the ultimate motivation for any artist.

Well, I have had different experiences where things have worked really well and other times where things have not worked at all. I am now starting GARGALO and I cannot be more excited about it. It is a hard challenge, but a very beautiful one. It is refreshing to start from scratch again.

It is extremely important. I produced the EP, wrote the demos in the back of a van, where I set up a record studio. Having that time to write, edit, change things without any external pressure was an education for me. I loved every second of it. It simply would have been impossible if I had been given constant directions on where to go. The creative process needs to be free, being able to explore where it leads you to organically.

I have always been interested in landscapes, but also have been a massive fan of guitars. This project is more synth based. It was a great inspiration to be able to elaborate on them and write experimenting with sound, which was the opposite of where my starting point would be in the past, always guitar.

Ed Droste from Grizzly Bear. He is an incredibly talented musician and I love his eclectic influences. I listened to some of his playlists and discovered great artists. I think it would be fantastic to be in a studio with him.

Being in the back of a van, where I set [up] a recording studio (to record demos, not the actual EP), during lockdown. I would spend 8 to 10 hours, without leaving the vehicle at all, every day. That was after teaching online. I am a Primary and Early years teacher, currently working in the Nursery. That also surprises people. I guess because of the gender stereotype.

After having phases of making a living from music, I would love to do this full time. But the ultimate goal is to enjoy the process and not focus only on the end goal. I am excited to see where this takes me. But yes, I would love to be on the road as much as possible.

Hopefully with a second EP out (I am already three quarters in with the writing), being on the road and enjoying every step of the way.

We will be releasing the video for the first single Out of Sync, then Monroes, the second single. After that the EP will come out. From there [we will] start gigging and going back to the studio. It will be busy and great!