Women shouldn't still be fighting for rights in 2021, but here we are. As much as laws have changed to give us back our power theoretically, society continues to shame, criticise, abuse and manipulate the female population. And these female artists have had enough... 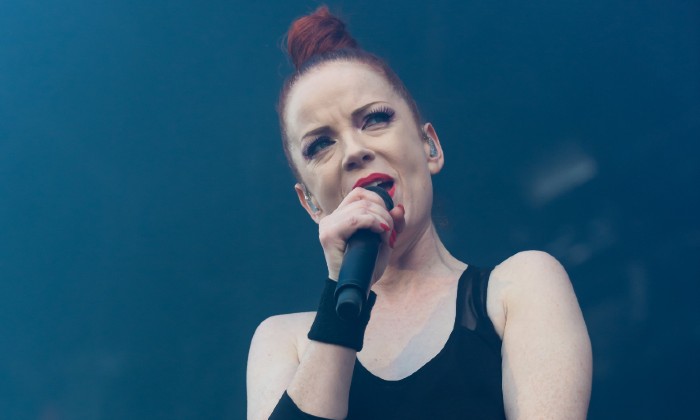 1. The Men Who Rule The World - Garbage

Best lyric: "The men who rule the world / Have made a f*cking mess"

The first single from Garbage's forthcoming seventh studio album No Gods No Masters is the incendiary The Men Who Rule The World, which calls out all the male world leaders of history who really made things worse rather than better, and often blamed it on women along the way. With issues like police brutality, the murder of Sarah Everard and the Capitol riot, it couldn't be more timely.

St. Vincent aka Annie Clark pays tribute to some of her heroes - namely Jayne Mansfield, Joni Mitchell, Marilyn Monroe, Tori Amos and Nina Simone - in The Melting of the Sun, all of whom experienced an unfair level of public criticism or were deeply let down in their lifetimes. In the song, which features on her new album Daddy's Home, she talks of how she wants the legacies of these great but oft maligned women to last forever.

This experimental track from up-and-coming post-punk band Dry Cleaning is all about trying to reclaim the sort of language often used to insult women and using it as a badge of honour instead of shame. It's taken from their critically acclaimed album New Long Leg, which never fails to disappoint in its poetic, often jarring, lyrics.

Best lyric: "Welcome back to the days of old / Where the men are men and the women are sold"

It's not an uncommon analogy, but The Pretty Reckless' talk of burning witches on their new album Death by Rock and Roll is rather telling of today's society. Taylor Momsen sings of how she'll pay dearly for daring to walk the streets with no fear, or indeed defending herself against abuse. It's a refusal to be submissive, despite the fact that she may suffer for it in the end.

The titular track from her debut album, Celeste sings about how she ultimately gets to decide who she is no matter what kind of image is projected of her by the people around her. It's not a song that only women can relate to, but as women are the ones who constantly have societal expectations of body image thrust in their faces, it's rather an appropriate tune for this list.

6. My Girlfriends Are My Boyfriend - Demi Lovato

Women don't need men to feel like their lives are complete, which is exactly the energy that Demi Lovato gives us in her song My Girlfriends Are My Boyfriend from her album Dancing with the Devil... the Art of Starting Over. This is a love song to all her female friends that have stood by her through all her heartbreak, and a reminder that friends can be just as fulfilling in our lives as lovers.

7. Use My Voice - Evanescence

Best lyric: "Drown every truth in an ocean of lies / Label me b*tch because I dare to draw my own line"

Not necessarily a feminist anthem per se, but since it's a woman singing and it's the female population that have been silenced the most throughout history, it's more than appropriate. Women are frequently labelled "b*tches" for unapologetically setting out their boundaries, and it's about time this kind of sexist language stops being acceptable.

Best lyric: "A pretty face like yours should really learn to smile more / And no one night stands for you or they'll think that you're a wh*re"

How many women have been told to "smile more", "cross your legs", "don't cut your hair too short" and "don't show too much skin" on a regular basis? We'd say most of us, and Pale Waves are calling out society on that attitude in their new song You Don't Own Me, taken from their UK Indie Chart topping second album Who Am I?.