The 'Don't Worry About Me' singer Frances admits she found it nerve-wrecking working with Adele's producer Greg Kurstin. 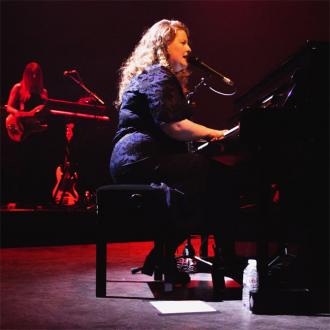 Frances found it nerve-wracking going into the studio with Adele's producer Greg Kurstin.

The 24-year-old rising star - whose real name is Sophie Frances Cooke - jumped straight into working the renowned producer shortly after he spent time with the 28-year-old songstress getting her chart-topping single 'Hello' together.

The flame-haired beauty, who had hits 'Gravity' and 'Don't Worry About Me', was aware of how prestigious the 47-year-old songwriter is and so she decided to go in with an idea in mind for her track.

Speaking exclusively to BANG Showbiz, about Greg - who is working with Beatles legend Sir Paul McCartney on his next record - working with Adele, she said: ''Yeah he did it [Adele's song] not long after I did that session with him. I wrote the chorus to the song before the session because I thought, 'Oh my god this is Greg Kurstin!'

''I felt like I had to go in with an idea and one that I think is OK and that he would like.

''So when I first went in for the session he said, 'What do you want to do, what would you like to write?' And I said well I have a little idea. I tried to be really casual about it, but I had tried. I sat down and played him the chorus and he was like, 'Oh my god I love it.' That was a relief. But it turned out alright.''