Frances Talks About Her Fifty Shades Darker Song 'What Is Love'

Because it's not all about Zayn and Taylor Swift. 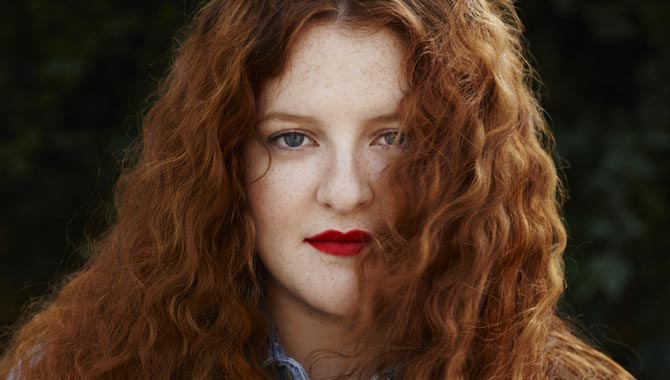 Frances wrote the song 'What Is Love' for 'Fifty Shades Darker'

'It's the last thing you hear when you leave the movie theatre which I was so excited about because it's quite a questioning song', she said at the movie's world premiere. 'It felt like a really fitting time for it to come because it leaves you questioning the whole thing.'

However, when it came to actually writing the song, it was intended for another part of the movie altogether. 'Originally it was actually for a different scene but it was so helpful because the mood was described to me, what was happening in this moment, and it was kind of a questioning moment of the film', she continued. 'I felt so lucky to be able to even write something.'


The 23-year-old, who was nominated for the BRIT's Critic's Choice last year as well as the BBC Sound Of... 2016 poll, is set to release her debut studio album 'Things I've Never Said' on March 12th 2017 via Capitol Records after hitting the radar with singles the likes of 'Don't Worry About Me' and 'Say It Again'.

Also on the film's soundtrack are the main theme 'I Don't Wanna Live Forever' by Zayn and Taylor Swift (for which they also released a music video recently), 'Not Afraid Anymore' by Halsey and 'One Woman Man' by John Legend, to name but a few. The 'Original Motion Picture Soundtrack' - which comes out tomorrow - has been produced by Jack Antonoff, The Messengers and GRADES.

'Fifty Shades Darker' will arrive in US movie theatres on Friday (February 10th 2017).