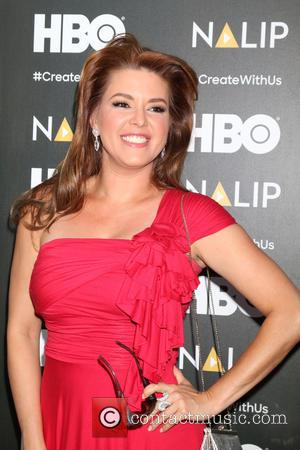 The 39-year-old Venezuelan stunner became an American after taking the Oath to Allegiance in Miami, Florida last week (ends20Aug16), and she took to Instagram to share her pride.

In a shot at taken at the U.S. Citizenship and Immigration Services centre, MAChado is seen waving a small American flag, and she added the caption, "I (am) so proud and inspiration (sic) to be a U.S. Citizen! I'll be Voting! All my power and my support become with my next President @hillaryclinton."

She then took a swipe at Democratic candidate Clinton's opponent, Republican Trump, by adding, "Miss Housekeeping and miss Piggy Can Vote, @realdonaldtrump."

MAChado has had a notoriously rocky relationship with the real estate mogul ever since she became Miss Universe, an organisation Trump owned at the time, in 1996.

She hit headlines years ago after recalling how the outspoken tycoon reportedly called her "an eating machine" after she put on a few pounds following her beauty contest triumph. She claimed he gave her the nickname "Miss Piggy", and alleged that the reality TV star also mocked her English speaking skills by calling her "Miss Housekeeping".

Over the years, she has blasted him as an "imbecile" and "a detestable man", and MAChado has continued her fight against Trump by campaigning for former Secretary of State Clinton over the past few months.

On Saturday (20Aug16), just a day after her citizenship ceremony, the former telenovela star staged a pro-Clinton event in Doral, Florida, where she encouraged working mothers to vote for Hillary in November (16).