Fifi Geldof has banned her younger sisters from being bridesmaids out of respect for Peaches Geldof, who died of a drug overdose earlier this year. 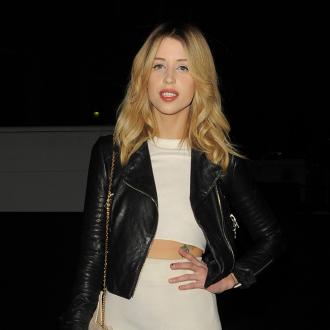 Fifi Geldof has banned her younger sisters from being bridesmaids at her wedding.

The 31-year-old has made the decision out of respect for her sister, Peaches Geldof, who died of a drug overdose in April this year aged just 25.

A close friend told 'The Sun on Sunday': ''She thinks it would seem very odd to have the two other girls without Peaches by her side too.''

Fifi - who is due to marry 33-year-old Andrew Robertson next year - will instead have six of her friends as bridesmaids rather than Pixie and Tiger Lily.

Meanwhile, Fifi has revealed that she is to walk down the aisle in a wedding dress made by the same designer as her late mother, Paula Yates.

Her godfather, Jasper Conran, will make the bride's gown.

The announcement of the couple's engagement in May this year came less than a week after Bob Geldof announced his plan to marry long-time girlfriend, Jeanne Marine.

Defending his decision to announce the wedding soon after Peaches' death, Bob said: ''And then Peaches died and things were very bleak and there was... I thought how do we move forward?

''I don't mean move on, as I say, time doesn't heal, it accommodates, it finds an available space in your brain and you can stick that part in there and it allows you to see things in context.