Fetty Wap has been involved in a motorcycle accident.

Fetty Wap has been injured in a vehicle accident involving the motorcycle he was riding. The 25-year-old rapper was riding his motorbike alone in his hometown of Paterson, New Jersey on Saturday (26th September) when the incident occurred. 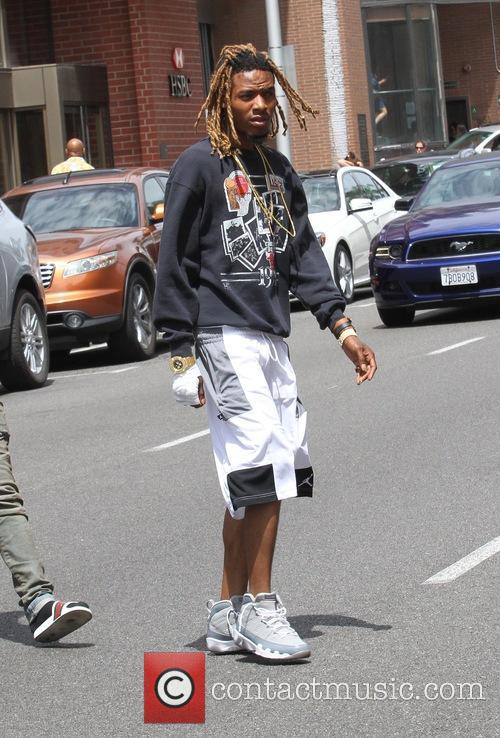 TMZ first reported the news. They spoke to an eye witness who claimed Wap, whose birth name is Willie Maxwell, was attempting to overtake a vehicle when the incident occurred. According to this source, Wap failed to see the vehicle on the other side of the road and he collided with the oncoming car.

The emergency services were called and he was immediately rushed to hospital. Photographs taken by bystanders at the scene show Wap looking responsive as paramedics carried him away on a stretcher.

It is unclear at this point what his injuries are. Another source speaking to the same website, supposedly a friend of Wap’s who has visited him in the hospital, claims Wap is conscious and speaking. He ‘appears to be OK’ but doctors are running further tests including checking for fractures.

A picture taken from within the hospital also appeared on Twitter within hours of the accident. The image shows Wap sitting upright on a hospital bed with his leg in a splint.

Wap has been rising in the hip-hop scene for the past four years. It was only last year that he rose to prominence with his hit ‘Trap Queen’. Soon after he released ‘679’ and ‘My Way’ which made it into the top ten of the Billboard hot 100. They did not match the success of Trap Queen which made it to number two in the same chart.