Erdem Moralioğlu believes his customers are too ''intelligent'' to buy into the celebrity culture when purchasing his clothes, and are more influenced by an ''emotional attachment'' rather than which stars have worn the same outfit. 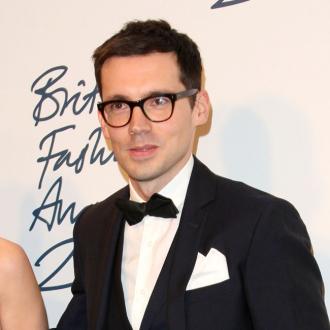 The renowned fashion designer counts actress Anne Hathaway and 'The Imitation Game' star Keira Knightley among A-listers who he has dressed, but doesn't think customers buy into the celebrity culture when purchasing his clothes.

He explained: ''My customer is intelligent. I'm very flattered that Michelle Obama and Samantha Cameron are fans, but I think my customer is smart: I doubt she'll buy a dress because someone famous has worn it.''

The 37-year-old fashionista instead thinks people choose their outfits based on an ''emotional attachment''.

He continued: ''The reality is, she [the customer] will buy it because she has an emotional attachment to it and looks good in it.''

Despite winning the award for Womenswear Designer of the Year at the 2014 British Fashion Awards, Erdem admitted the industry can be ''daunting'', especially when working on the transition from ''catwalk to reality''.

He said: ''It's one thing to create a collection for a show, it's another to make dresses for women to buy and wear. That moment after the show when you realise you have to make the translation from the catwalk to reality is gratifying, but initially very daunting.''

However, although the industry can be stressful at times, he is proud to be designing exciting clothing because he believes the world would be boring without it.

He told The Times Magazine: ''Fashion gives you a sense of joy. How incredibly dull the world would be without it. The same can be said if the world didn't have architecture. It's something that's aesthetically pleasing.''