Emma Corrin and Harry Styles to star in My Policeman

Emma Corrin will star opposite Harry Styles in 'My Policeman', a movie exploring the sexual politics of the 1950s, a time when homosexuality is illegal. 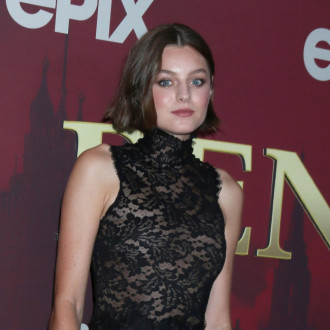 Emma Corrin will star opposite Harry Styles in a new film.

The 'Crown' actress has landed her first major movie role in 'My Policeman', which is based on Bethan Roberts' 2012 novel and explores the sexual politics of the 1950s, a time when homosexuality is illegal.

Emma will play Marion, who falls for her friend's older brother, Harry's character Tom Burgess, and though the couple marry, the policeman is also in love with Patrick Hazelwood, but the two men cannot be open about their relationship.

According to the Daily Mail newspaper's Baz Bamigboye, the role of Patrick has yet to be cast, and bosses on the Amazon Films-backed picture - which will be directed by Michael Grandage - are also looking for actors to play the trio 40 years later.

In the novel, the story plays out in the form of two journals, one from Marion and one from Patrick, offering their contrasting views of Tom.

Filming is scheduled to begin in April from a screenplay penned by 'Philadelphia' writer Ron Nyswaner.

Emma recently admitted she is "pleased" to have left 'The Crown' after just one series of playing Princess Diana because she doesn't want to be typecast as "posh English".

Asked if she’ll watch the next series, she said: “Yes! I’m looking forward to it.

“Though I’m sad I only did one series, I always knew that was all I was signing on for and I played her from 16 to 28. I took her from girl to woman and I loved that arc.

“But I’m also quite pleased to move on. The industry loves to pigeonhole.

“The sooner I can move away from doing posh English, the better, even though that’s what I am.”

However, the English star admitted she finds the audition process “scary” and has been warned by her agent that she needs to try harder.

She said of auditioning: “The insecurity and stress around it shifts but doesn’t go away. It mutates.

“Recently, I’ve been sent a lot of scripts and I feel like a very small fish in a huge ocean. It’s scary.

“My manager called me and he said, ‘What’s going on? On a lot of the tapes you’ve sent in, I can tell you’re not trying.’ I felt awful.

“But what he said next was right. ‘This is where the battle begins. You’re not at a place where this is going to be easy. You’re up against household names like Emma Stone.’ “