Emily Eavis wants to see Adele headline Glastonbury again, after previously convincing her to perform at the festival in 2016. 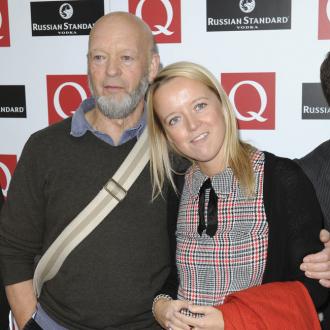 The 40-year-old festival organiser took over the running of the iconic UK festival from her father Michael Eavis - who founded the music extravaganza - and has said she'd ''love'' for the 'Hello' hitmaker to return to the event in the future, after she previously headlined in 2016.

Speaking about how she convinced Adele to headline four years ago, she said: ''We'd love Adele back, I mean Adele is a child of the festival. She kind of grew up coming here. When we were watching Kanye she agreed to do it and we were looking out at the crowd and it was this enormous enormous crowd just the field was packed and there were all of these kind of camera phones pointing towards the stage and it just looked amazing, everyone was chanting and I was just like 'C'mon, c'mon c'mon you've got to do it' and she [Adele] was like 'I'm gonna do it!' ''

And Emily also revealed she and her husband Nick Dewey are responsible for choosing the headliners, as she confessed they often make the decision based on performances from the year before.

She said: ''My husband Nick oversees most of the stages and then we've got different bookers for different stages as well but him and I kind of do the main stages.

''Yeah so it's basically just me and Nick like just sat, maybe not even over dinner, could be over breakfast. But basically it's just us going right who's gonna be next? With someone like Stormzy for example, I saw him in 2017 on the other stage and I was like I knew that he had to headline it was just such an incredible gig I knew that he had to do the pyramid next so sometimes you know, you make the decision the year before ... And then sometimes we'll just be talking about it, you know at Christmas and be like Ahh we should ask them!''

This year's Glastonbury festival was due to take place this weekend but was axed due to the coronavirus pandemic, and Emily was gutted to have to cancel the plans.

Speaking as she hosted her very own DJ set on BBC Radio 1, she explained: ''It's a real shame but we're here in spirit. ''We were pretty far down the road with everything actually ... like everything was in place so it was pretty devastating to have to pull it at that point in March because you know, we were so close to the show but you know we'll be back.''